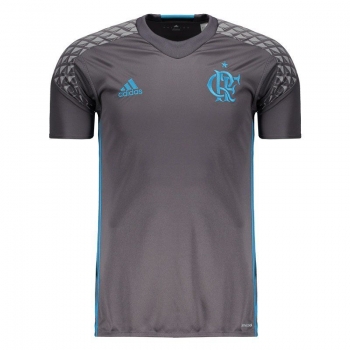 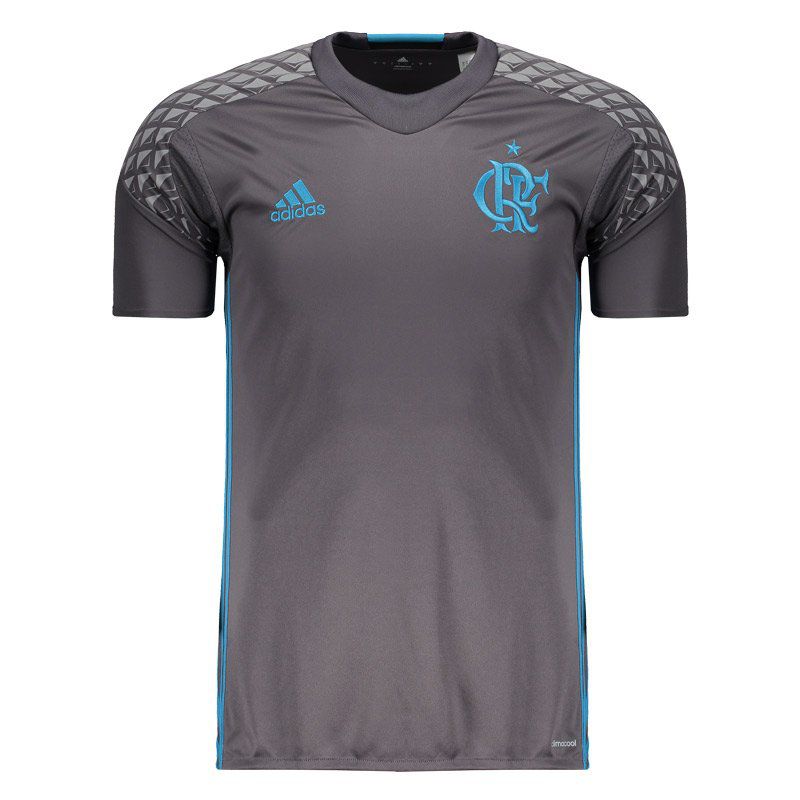 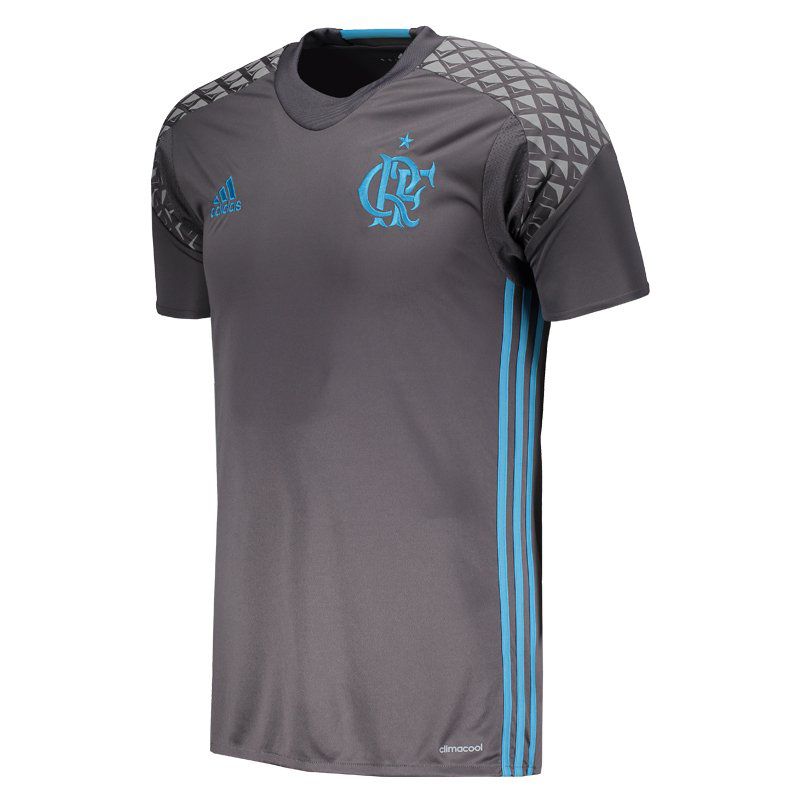 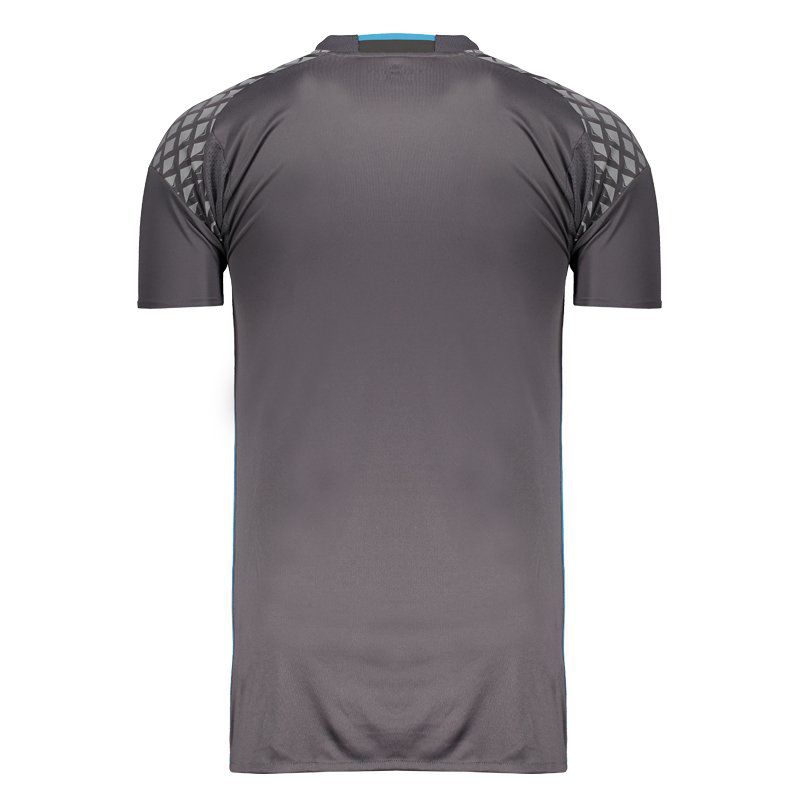 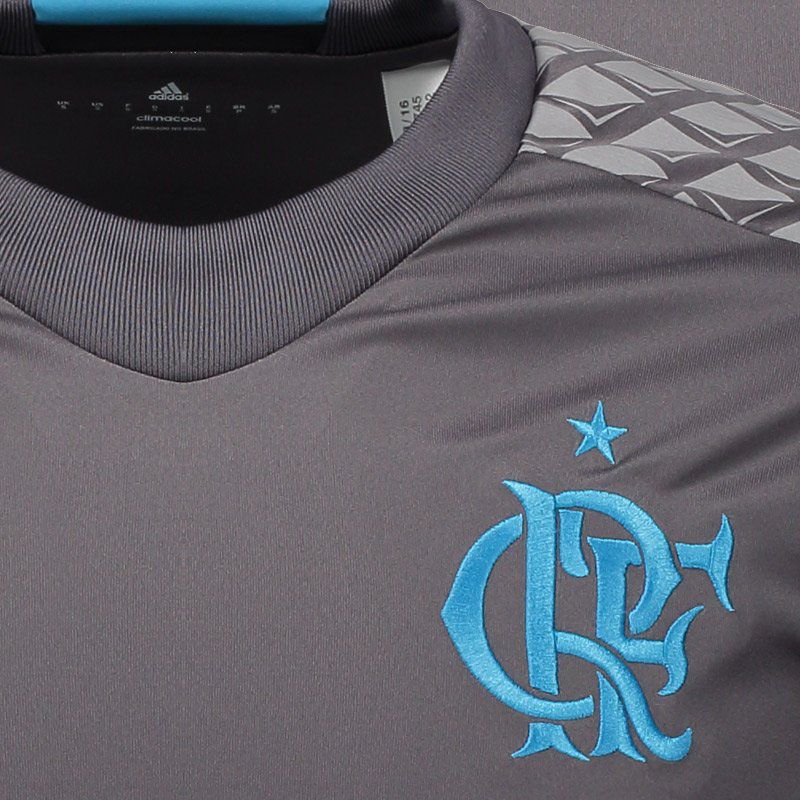 The Adidas Flamengo Away GK 2016 Jersey is made of polyester with CLIMACOOL® technology, which is responsible for management of ventilation and moisture from your body, providing comfort and excellent performances. Its design presents dark gray as the predominant color with geometric designs seen in gray on the shoulders and part of the sleeves. In addition, it brings blue on the back of the crew neck, team badge and Adidas logo embroidered on the chest, just like the three traditional stripes of the brand on the sides. Finally, breathable mesh on the sleeves guarantee the humidity control. Lightweight and comfortable, the goalkeeper uniform is ideal for the fans who wants to celebrate with Mengão in the field or day to day.

Among other achievements, Flamengo was elected the ninth largest soccer club of the XX century in a research conducted by FIFA, is one of five country clubs (alongside Cruzeiro, Santos, São Paulo and International) that have never been relegated to the second national division. Owns, next to Botafogo de Futebol e Regatas, the longest unbeaten sequence of brazilian soccer with 52 matches in 1979 and was the first club in Brazil to reach the mark of consecutive games in the first national division.

Clube de Regatas do Flamengo, commonly referred to as Flamengo, is a Brazilian sports club based in Rio de Janeiro. Their most significant sporting outlet is the football team, which plays in the Campeonato Brasileiro Série A, Brazil's national league, and is one of the only five clubs to have never been relegated to the second division, along with Santos, São Paulo, Internacional and Cruzeiro.

This jersey can be customized with name and number using the official source of the team.