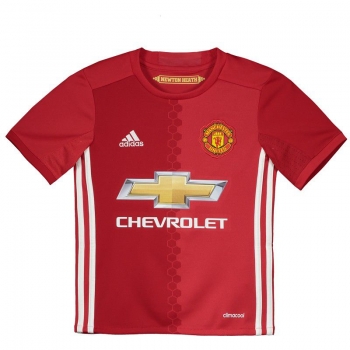 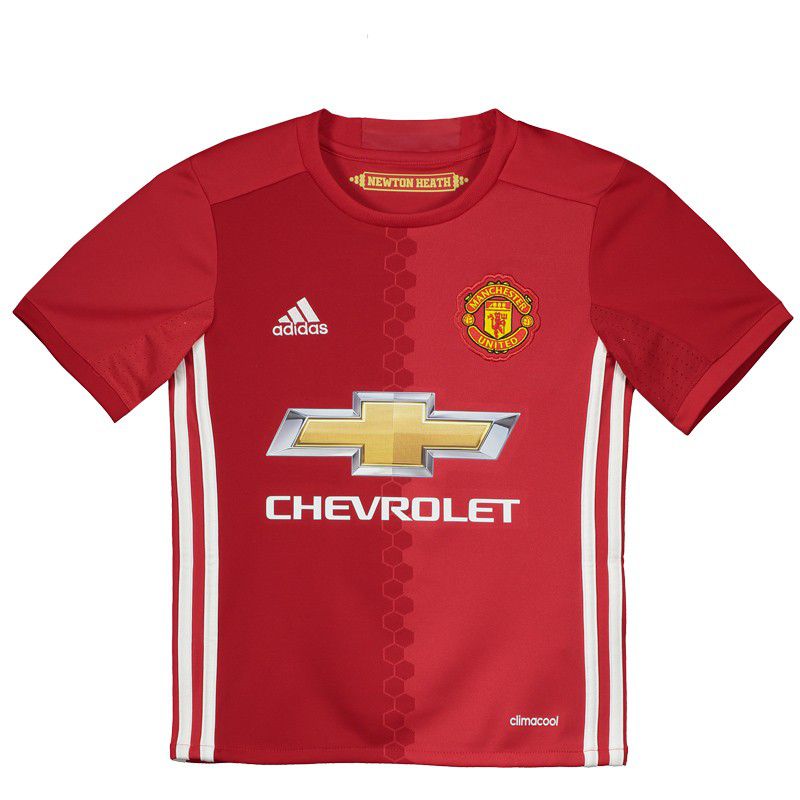 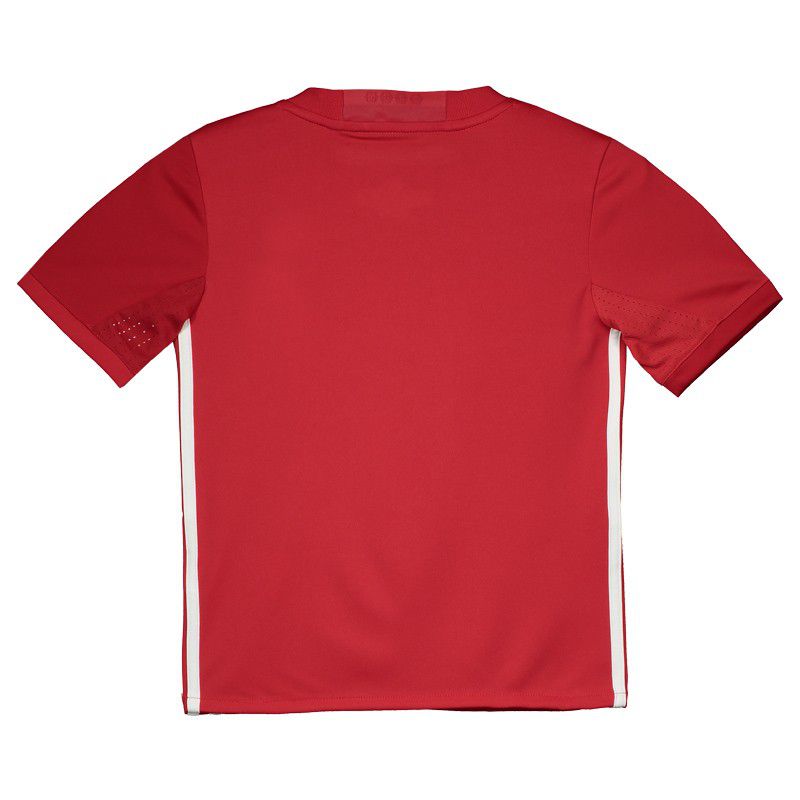 Adidas presents the holder uniform of the Red Devils for 2017. Made of recycled polyester, Adidas Manchester United Home 2017 Kids Jersey brings CLIMACOOL® technology, a ventilation system specially engineered with materials and components which will provide a superior moisture management, enhanced evaporation and better breathability. Its design presents red as the predominant color and brings in the frontal region a split with two red tones separated by a pattern of hexagons. It also presents white in the three Adidas stripes on the sides. In the chest, the team badge and Adidas logo gain prominence. In addition, the crew neck has in its inside a seal with the phrase "Newton Heath", the name given to the team created in 1878, that later in 1902 became Manchester United. Finally, the sponsorship is stamped in the frontal region, complementing the details of the jersey. All comfort and style for the small fan of the Red Devils.

Manchester United Football Club is a professional football club based in Old Trafford, Greater Manchester, England, that competes in the Premier League, the top flight of English football. Nicknamed "the Red Devils", the club was founded as Newton Heath LYR Football Club in 1878, changed its name to Manchester United in 1902 and moved to its current stadium, Old Trafford, in 1910.

This jersey can be customized with name and number using the official fonts of the team and offers patching.