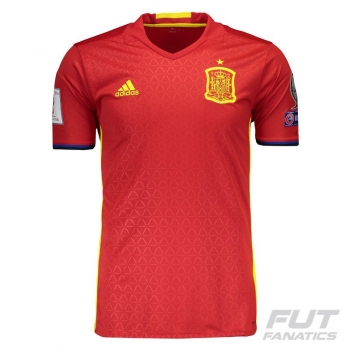 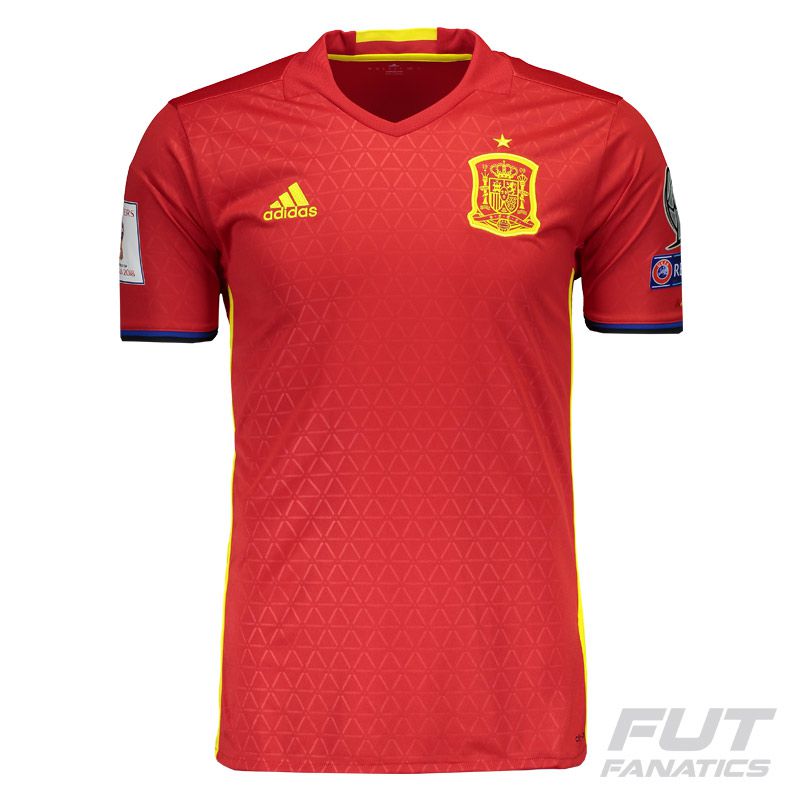 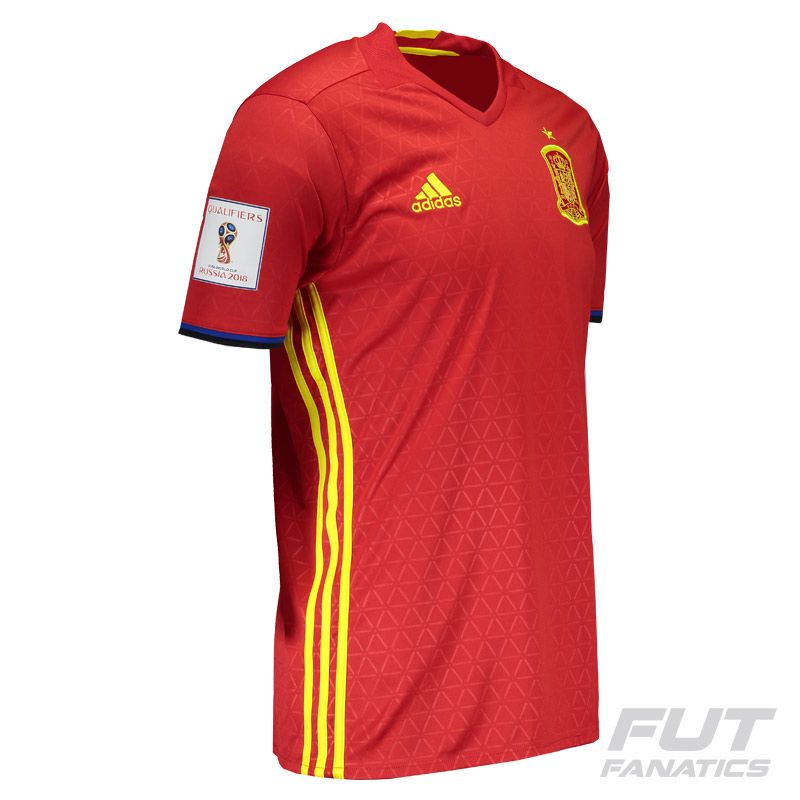 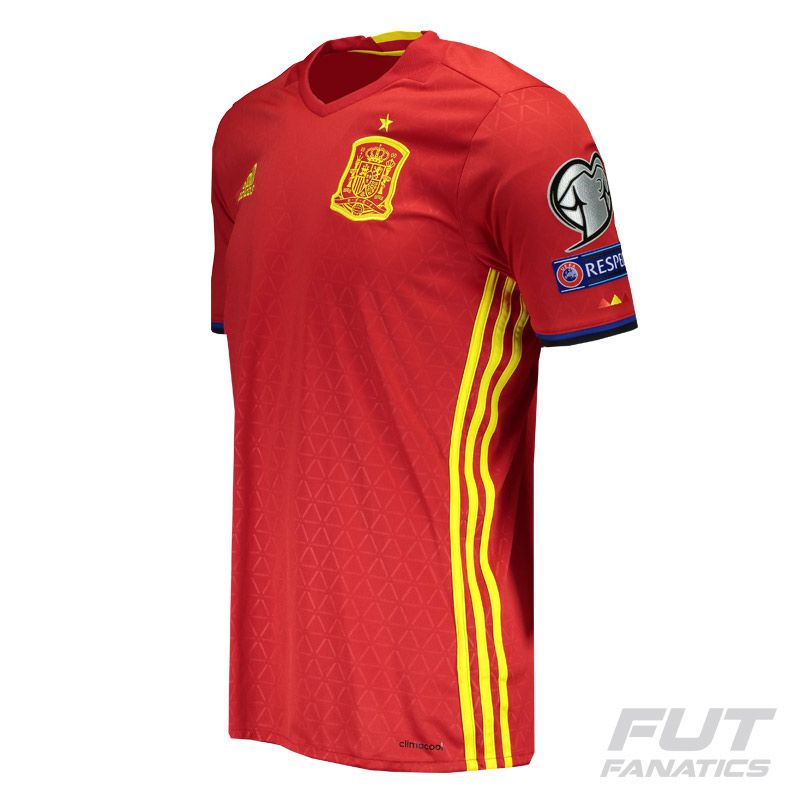 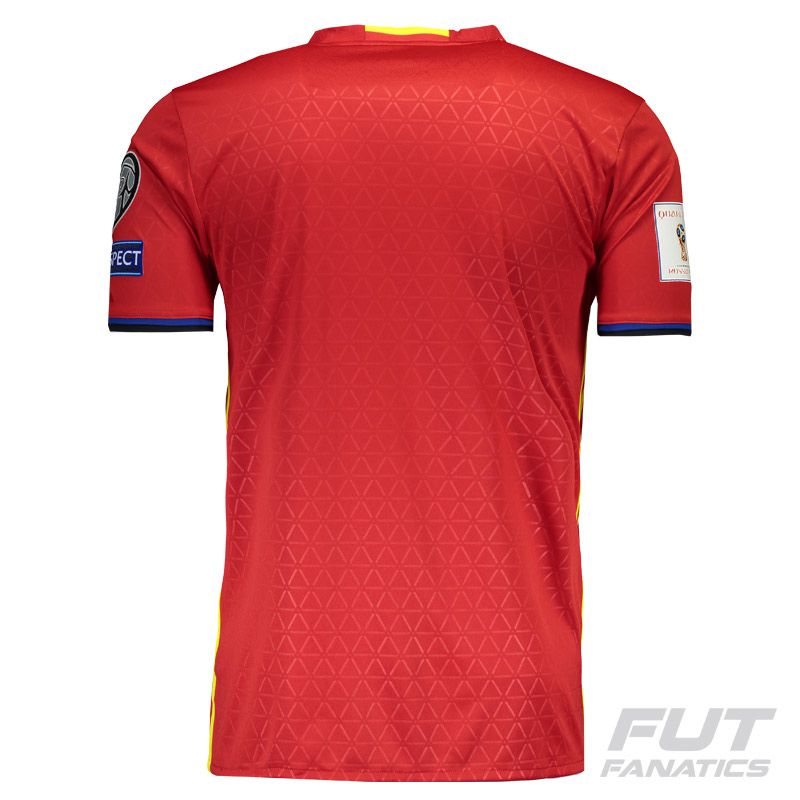 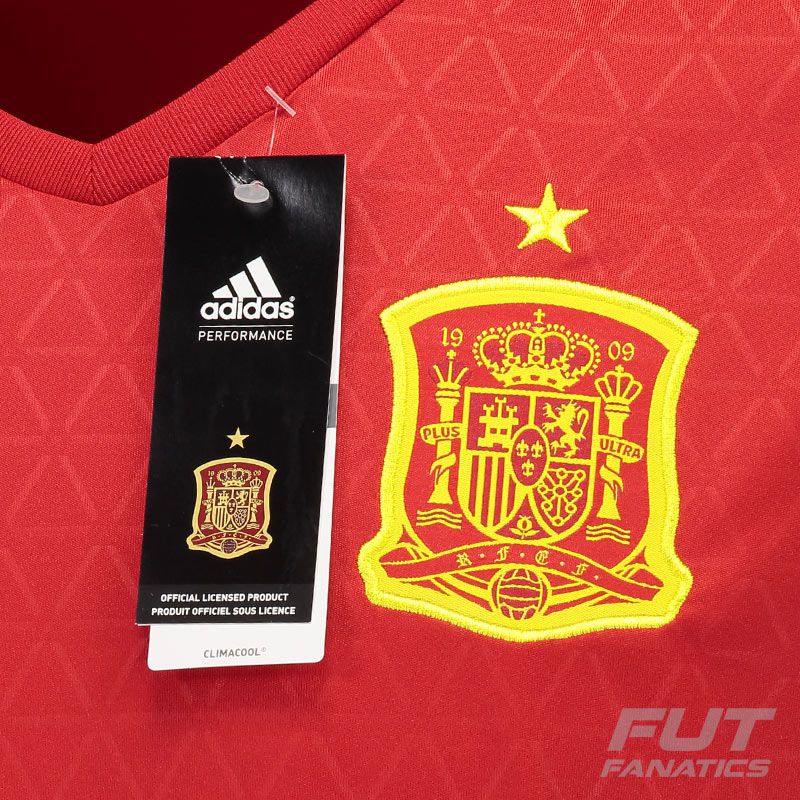 The Adidas Spain Home 2016 Qualifiers Jersey is made of polyester with CLIMACOOL® technology, a ventilation system specially engineered with materials and components which will provide a superior moisture management.

The Adidas Spain Home 2016 Qualifiers Jersey is made of polyester with CLIMACOOL® technology, a ventilation system specially engineered with materials and components which will provide a superior moisture management, enhanced evaporation and better breathability. It offers name and number customization and its design is composed of predominant red color with details in yellow, black and blue. On the back of the collar, it has a ribbon inspired by the Spanish flag. Features the traditional three Adidas stripes on the sides, a geometric texture along the shirt and the selection badge is embroidered on the chest, along with the trademark symbol. Finally, the Respect patch and the qualifiers symbol, which will serve as qualification for the 2018 FIFA World Cup ™, are seen in the sleeves, completing the details. Ensure high performance and quality for your matches or fans!

Spain is one of eight national teams to have been crowned FIFA World Cup champions, having won the 2010 tournament in South Africa, defeating the Netherlands 1–0 to become the first European team to win the title outside of Europe as well as having won back-to-back European titles in Euro 2008 and Euro 2012, defeating Germany and Italy in the respective finals. These three successive titles make them the only national team so far with three consecutive wins of either the applicable continental championship or the World Cup. From 2008 to 2013, a six-year span, the national team won FIFA Team of the Year, the second-most of any nation, behind only Brazil. Between november 2006 and june 2009 Spain went undefeated for a record-equalling 35 consecutive matches before their upset loss to the United States, a record shared with Brazil.