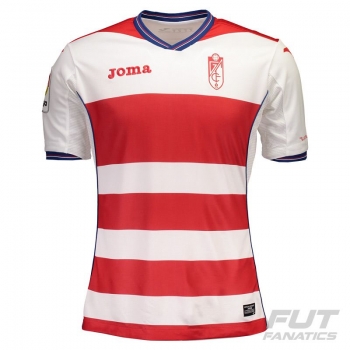 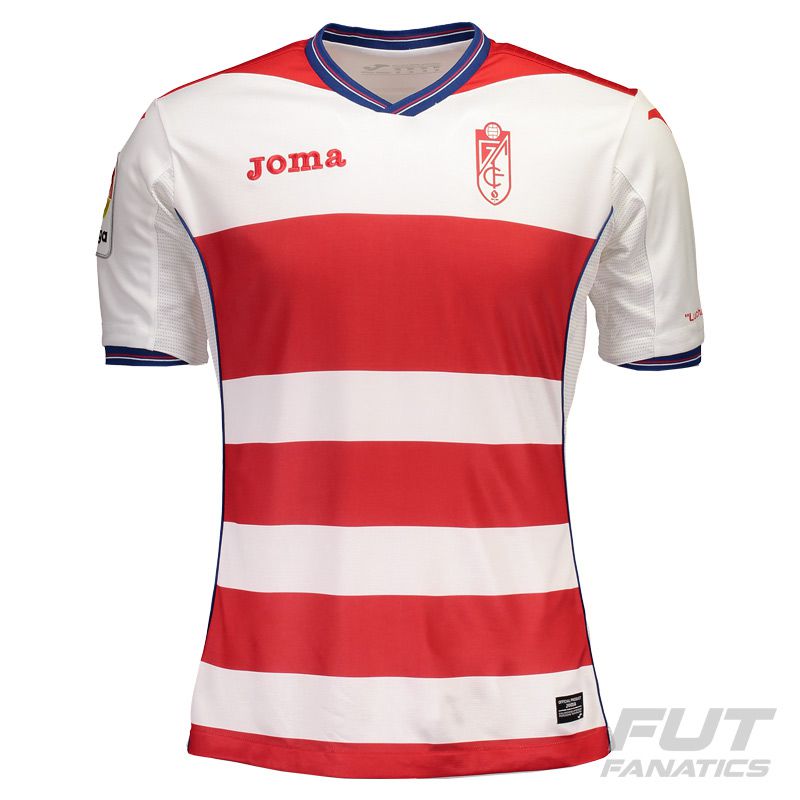 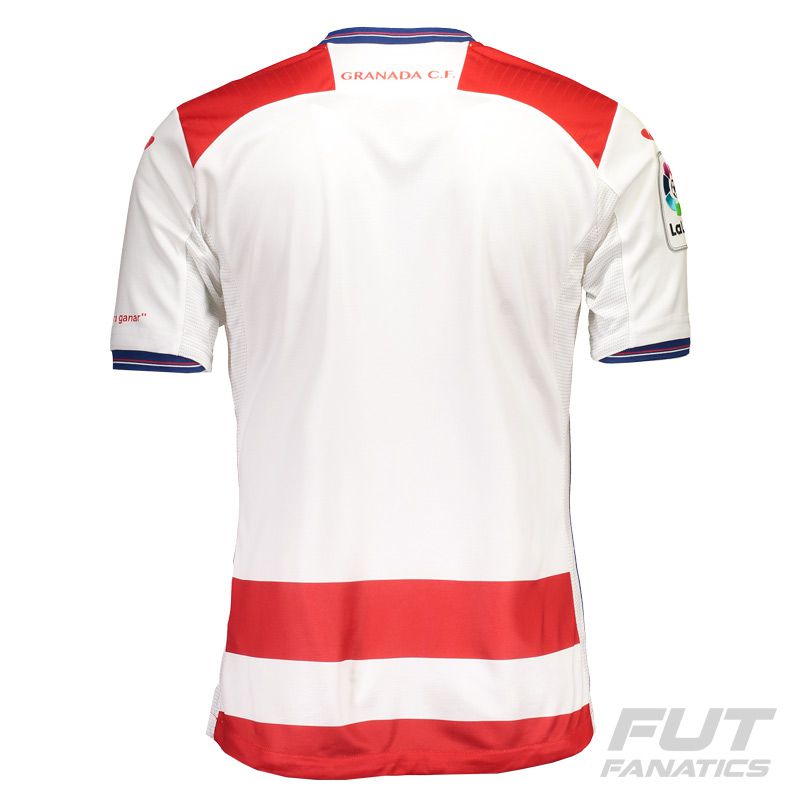 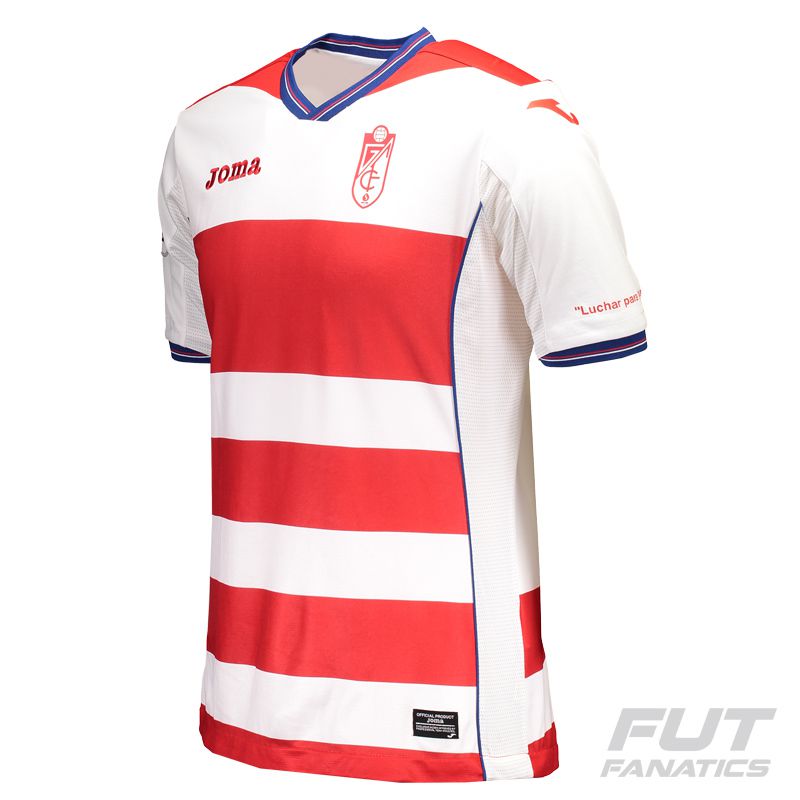 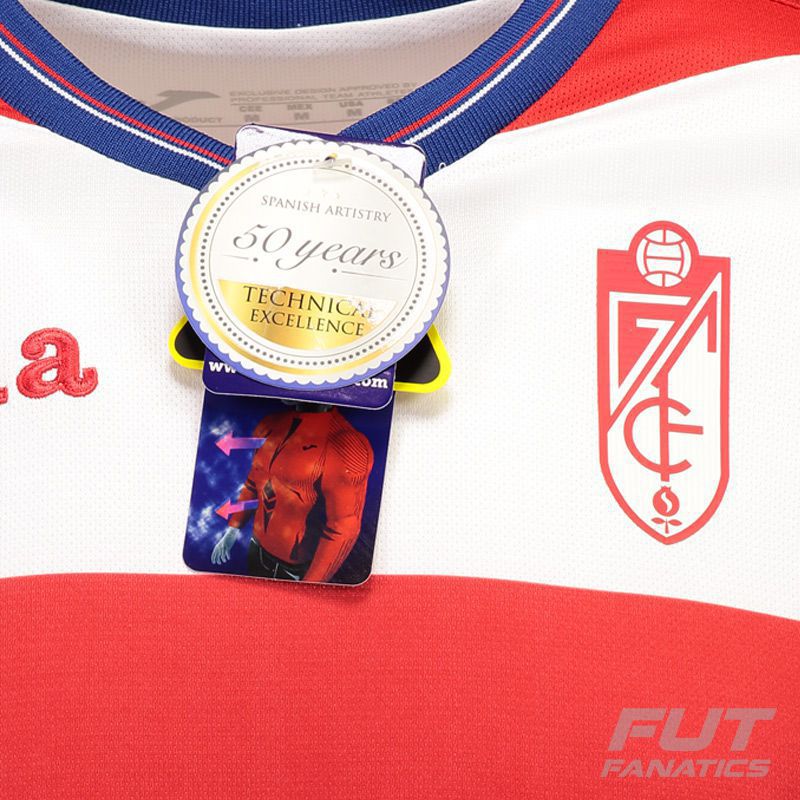 The holder jersey of El Grana 2017 is made of polyester and lightweight, breathable cotton with DRY MX technology, which helps in the sweat evaporation, keeping a drier skin and regulating the body moisture. The Joma Granada Home 2017 Jersey is predominantly white, with red horizontal stripes on the front, with the thicker higher than the others. The collar is V and has shade of royal blue, with thin stripes in red and white, as well as the cuffs of the sleeves, which has superimposed tissue with corrugated finish. In the chest, the team badge is present, as well as the Joma logo, embroidered. Near the neck, brings the team name. The highlight is the application that appears on the sleeve: "Luchar to ganar" (Fighting to win). Finally, the patch of La Liga, also known as the League of the Stars, which is contested by twenty clubs, where the dispute system is the consecutive points in which clubs play each other in the shift system and complements the piece.

The Granada Club de Fútbol, or simply Granada CF, is a Spanish soccer team from the city of Granada in Andalusia. Founded in 1931, the team currently plays the Spanish First Division, having risen from the Second Division in the 2010/2011 season, and have their games at Estadio Nuevo Los Cármenes. It was the 3rd Andalusian club to play the First Division in the 1941-1942 season, after Sevilla and Real Betis.