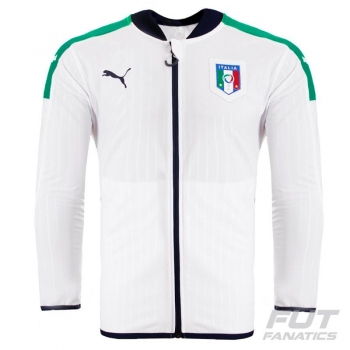 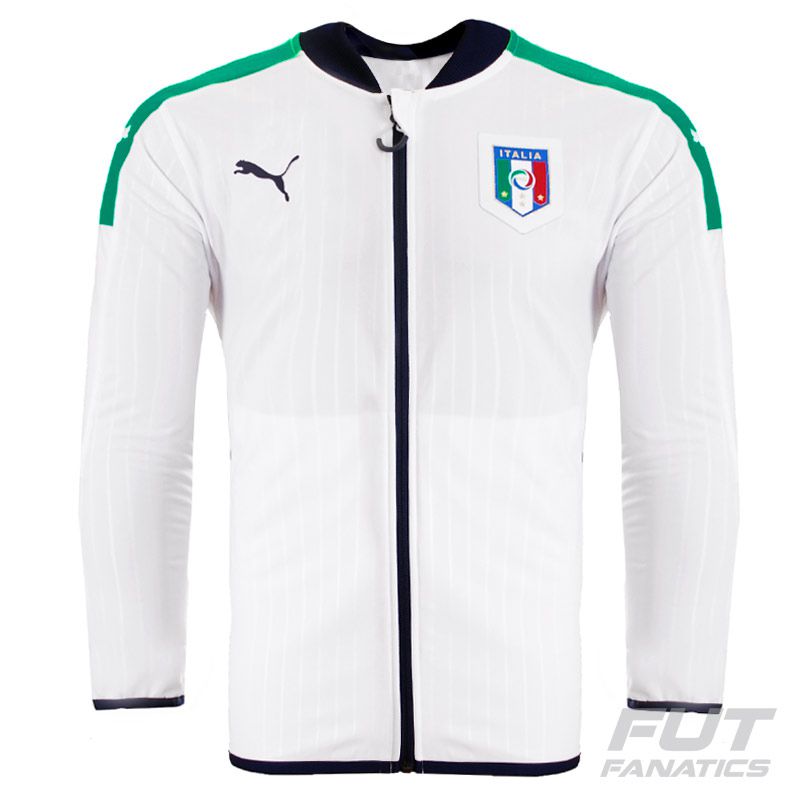 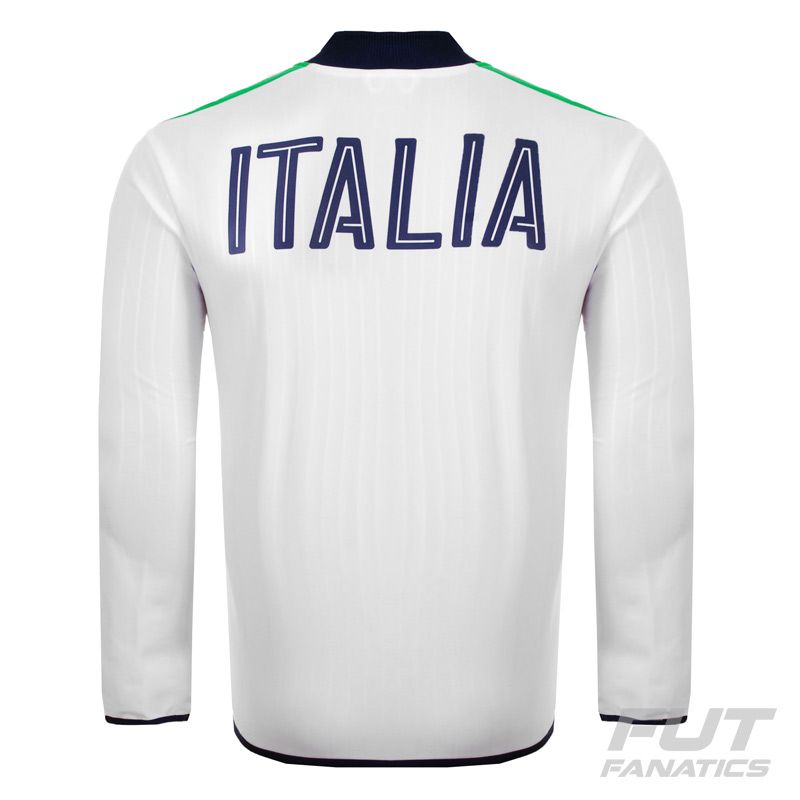 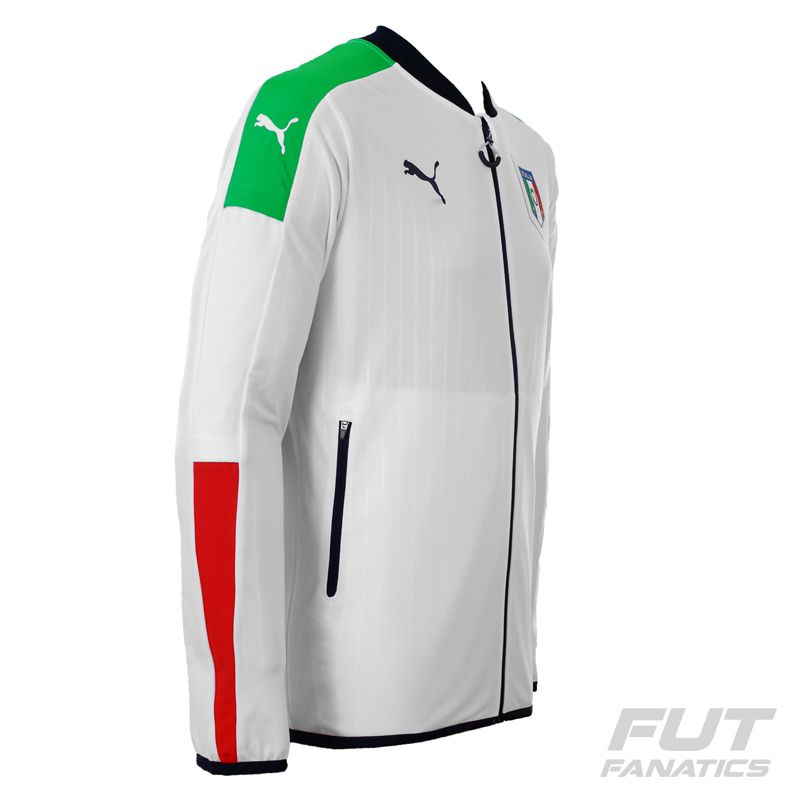 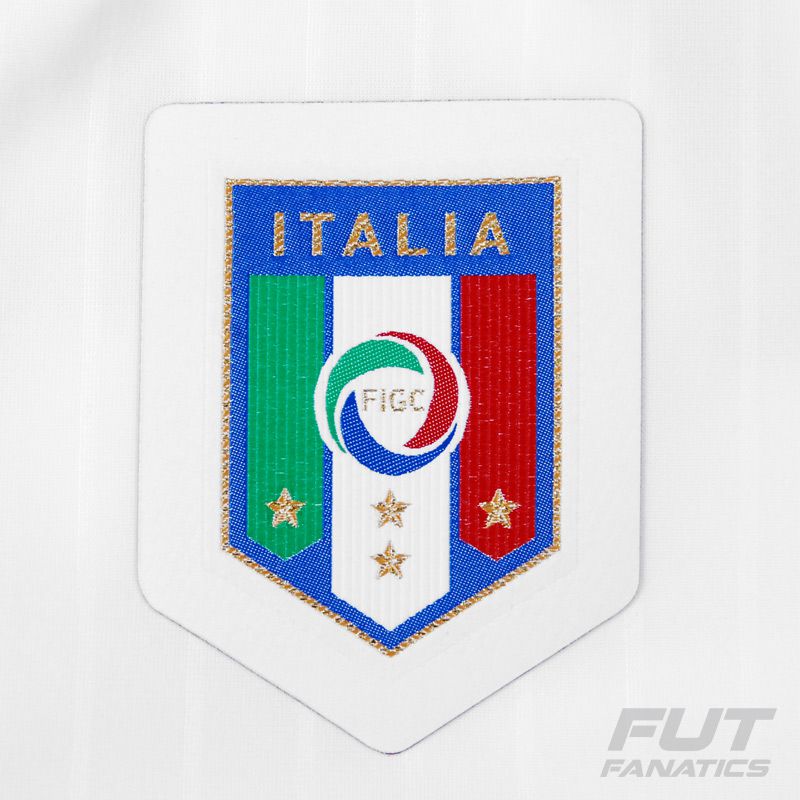 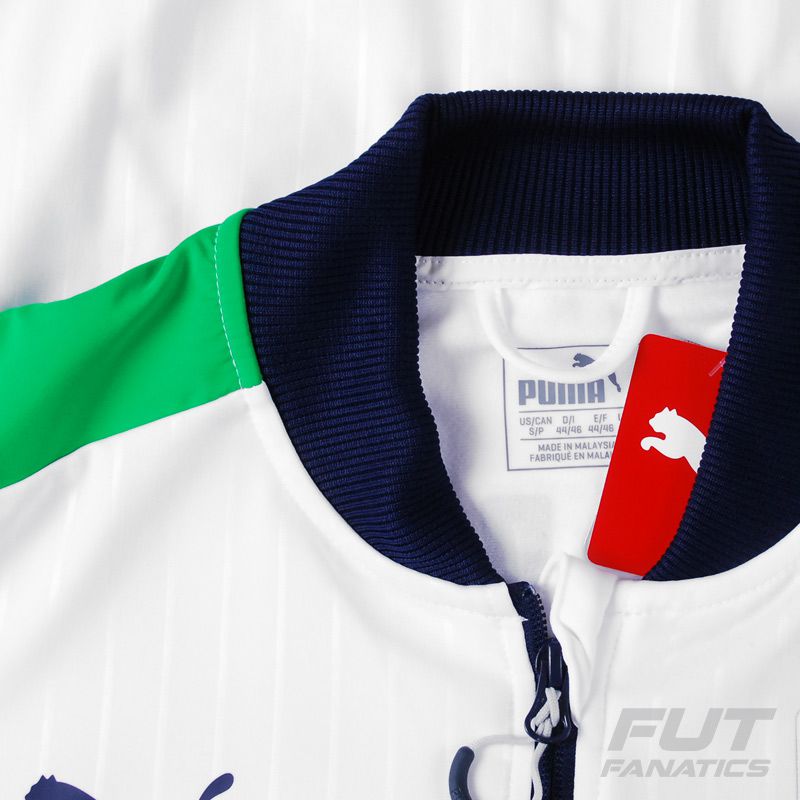 The Puma Italy FIGC Stadium Jacket is made of lightweight and breathable polyester, providing confort and freedom during the movements. Its design is white with navy details in crew neck, handle sleeve, piece of bar and front opening. Also the sleeves brings the color of italian flag, green, white and red. In the chest, the team badge and logo of the Puma has the details. For complement, the pocket has a zipper, on sides and brings a high collar and the opening is manufactured with external zipper. Finally, the name of the selection is highlighted in the back.

Italy is one of the most successful national teams in the history of the World Cup, having won four titles (1934, 1938, 1982, 2006) and appearing in two finals (1970, 1994), reaching a third place (1990) and a fourth place (1978). In 1938 they became the first team to defend their previous World Cup tournament victory and due to the outbreak of World War II retained the title for a record 16 years. They have also won a European Championship (1968), as well as appearing in two other finals (2000, 2012), one Olympic football tournament (1936) and tw Empoli o Central European International Cups. Italy's highest finish at the FIFA Confederations Cup was in 2013, when the squad achieved a third-place finish.