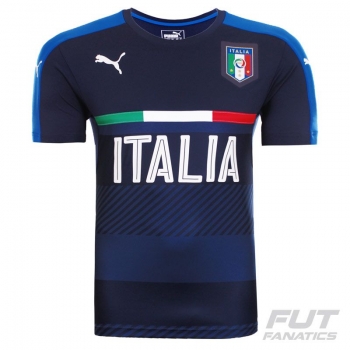 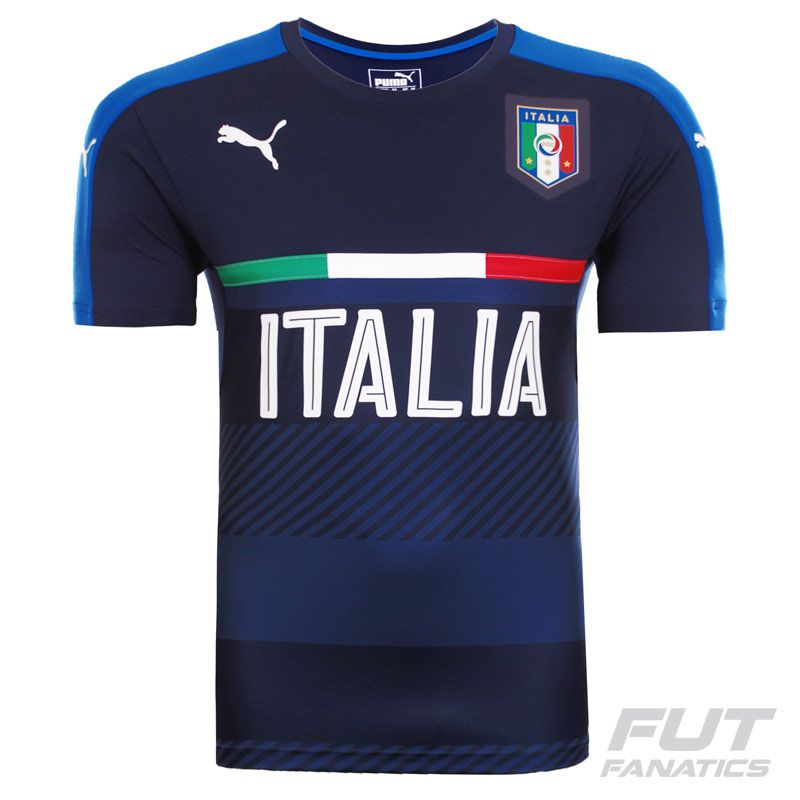 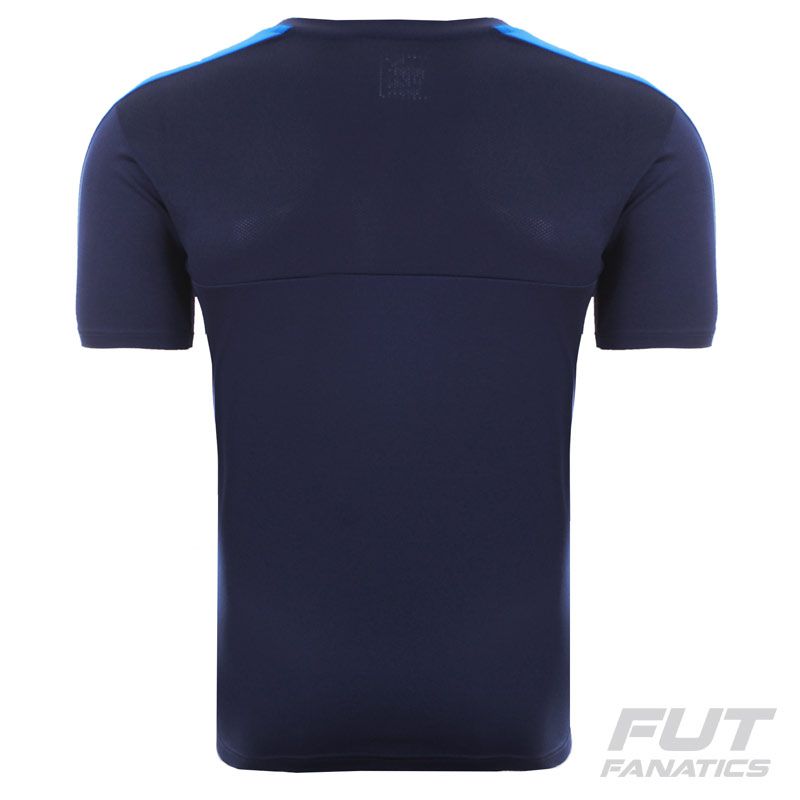 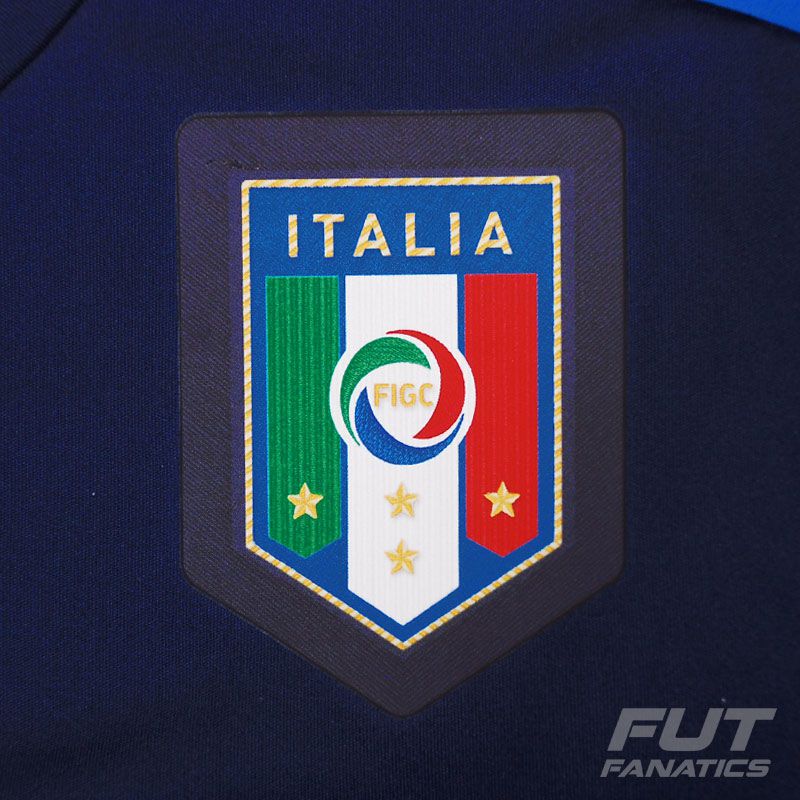 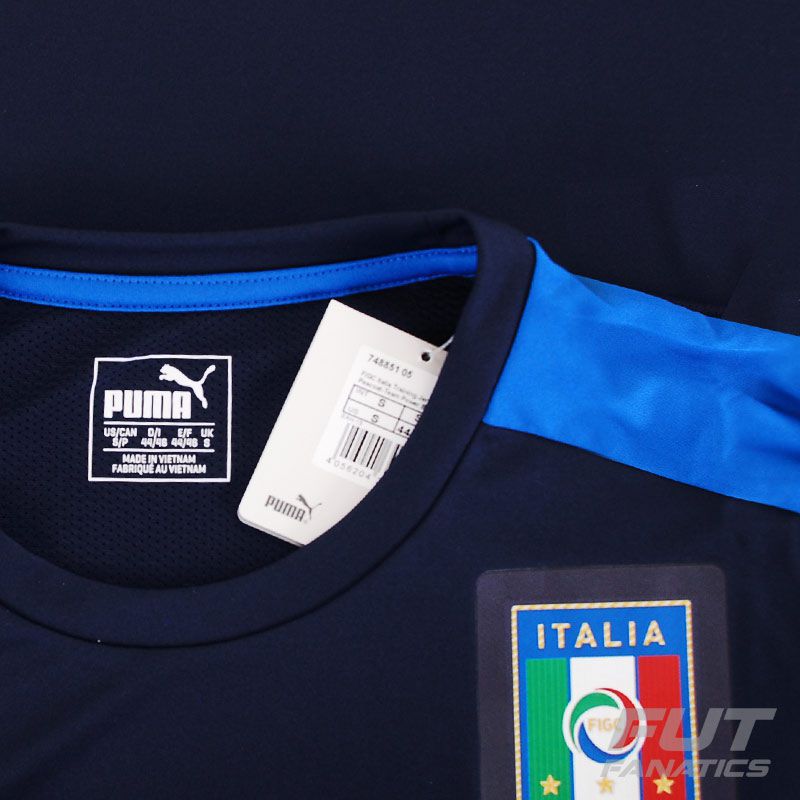 The Puma Italy Training 2016 Blue Jersey is made of lightweight and flexible polyester, providing confort and freedom to movements. Its design features navy blue color with blue tones in print. It also has light tones in the sleeves upper and shoulders. Besides, offers a horizontal stripe with the colors of the Italian flag on the front region of the piece, just above the name of the selection, which is highlighted in white. For complement the jersey has breathable mesh screens in back and side providing ventilation and humidity control of the body, providing greater freshness and comfort. In the chest, the team badge and logo of Puma takes care of the details. Lastly, the DRY CELL technology, which contains functional materials that keeps the sweat away from the skin and keeps you dry and comfortable. Lightweight and with soft touch, the shirt is a great choice to celebrate along with the Squadra Azzurra.

Italy is one of the most successful national teams in the history of the World Cup, having won four titles (1934, 1938, 1982, 2006) and appearing in two finals (1970, 1994), reaching a third place (1990) and a fourth place (1978). In 1938 they became the first team to defend their previous World Cup tournament victory and due to the outbreak of World War II retained the title for a record 16 years. They have also won a European Championship (1968), as well as appearing in two other finals (2000, 2012), one Olympic football tournament (1936) and two Central European International Cups. Italy's highest finish at the FIFA Confederations Cup was in 2013, when the squad achieved a third-place finish.

*This shirt can be customized with name and number using the official source of the selection.