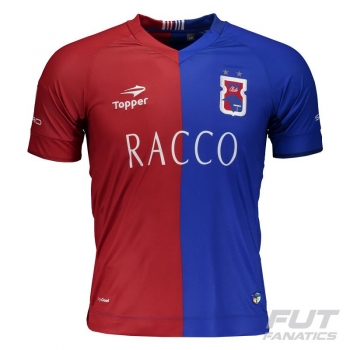 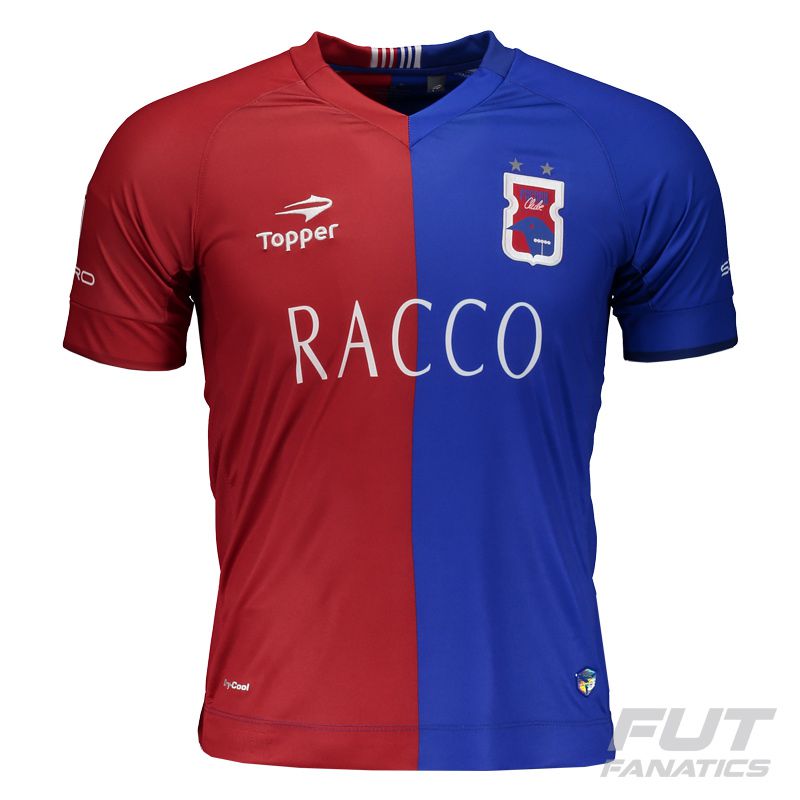 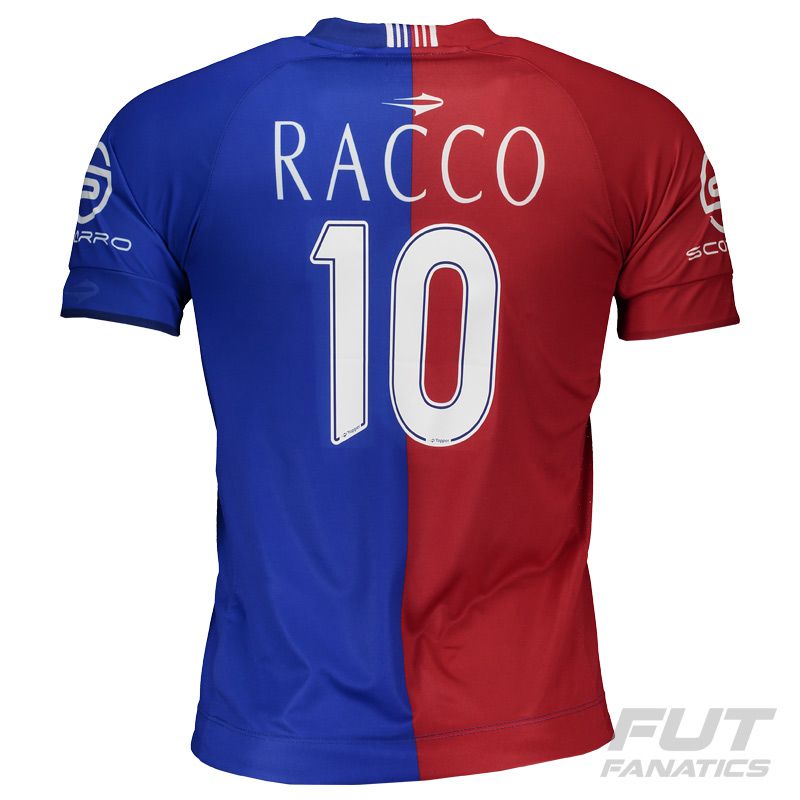 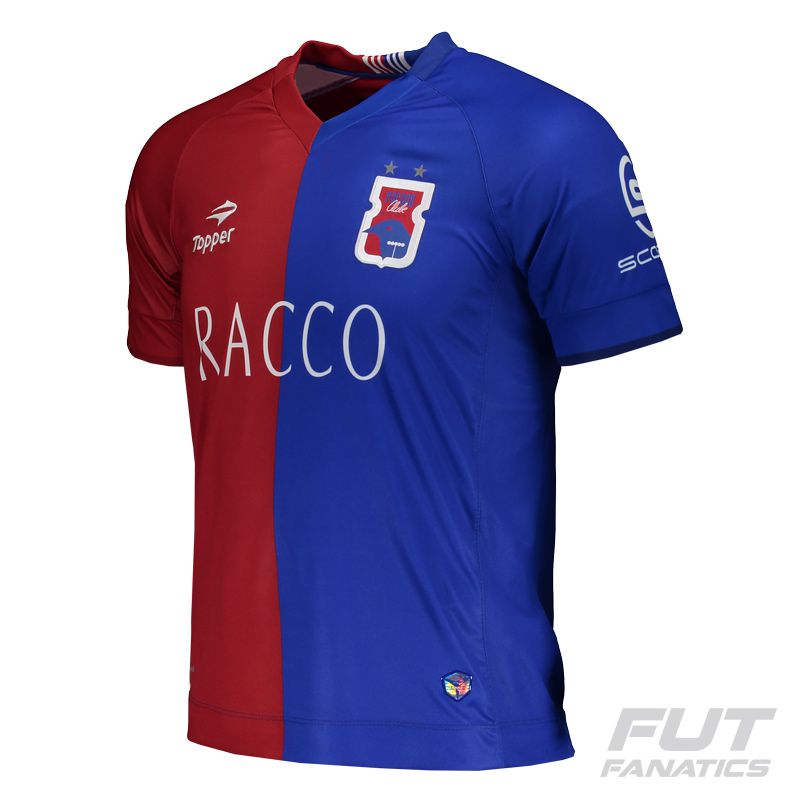 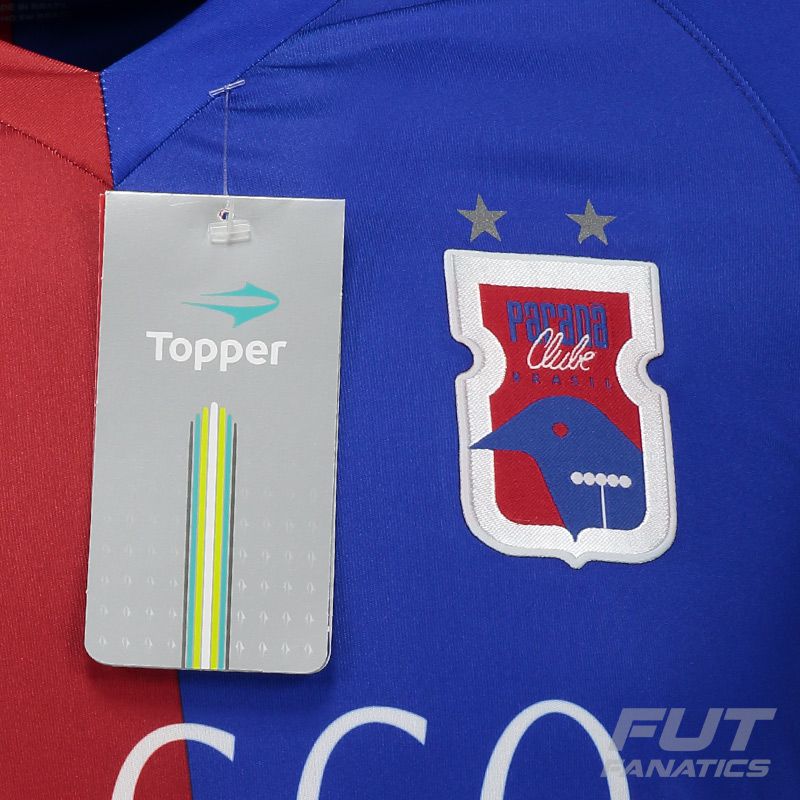 For the season 2016, Topper presents the Paraná Clube Home Jersey Kids that was inspired by the Paraná symbols, such as Araucaria, the pinion and the Azure Jay, making the special design.

For the season 2016, Topper presents the Paraná Clube Home Jersey Kids that was inspired by the Paraná symbols, such as Araucaria, the pinion and the Azure Jay, making the special design. The holder uniform is bicolor: red and blue. Made of polyester, has Dry-Cool technology, which keeps the body dry and comfortable for much longer. It has bacteriostatic treatment based on silver ions, which blocks the action of bacteria, preventing the formation of odor. It has V-neck and on the inside of the right sleeve, it brings stamped the word "lealdade" (loyalty), an important expression for the club. It comes with the sponsorship on the front, back and sleeves area. Finally at the chest, the team's badge appears set on vinyl. On the opposite side, the logo Topper complements the details. This jersey can be customized with name using the official fonts of the team.

The Paraná Clube is a Brazilian soccer club from the city of Curitiba, state of Paraná, founded on December 19, 1989, after a merger between Colorado Esporte Clube and Esporte Clube Pinheiros. Called Tricolor da Vila in reference to its color and the name of its main sports square, Vila Capanema (Estádio Durival Britto e Silva), Paraná Clube was the Brazilian champion of Serie B in 1992 and 2000, and remained in the national top flight until 2007, the same year it played the Copa Libertadores.