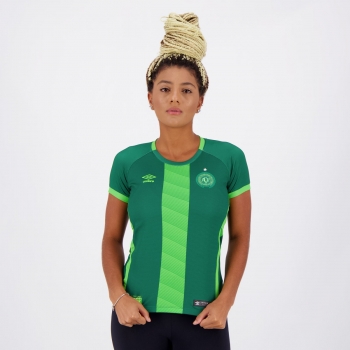 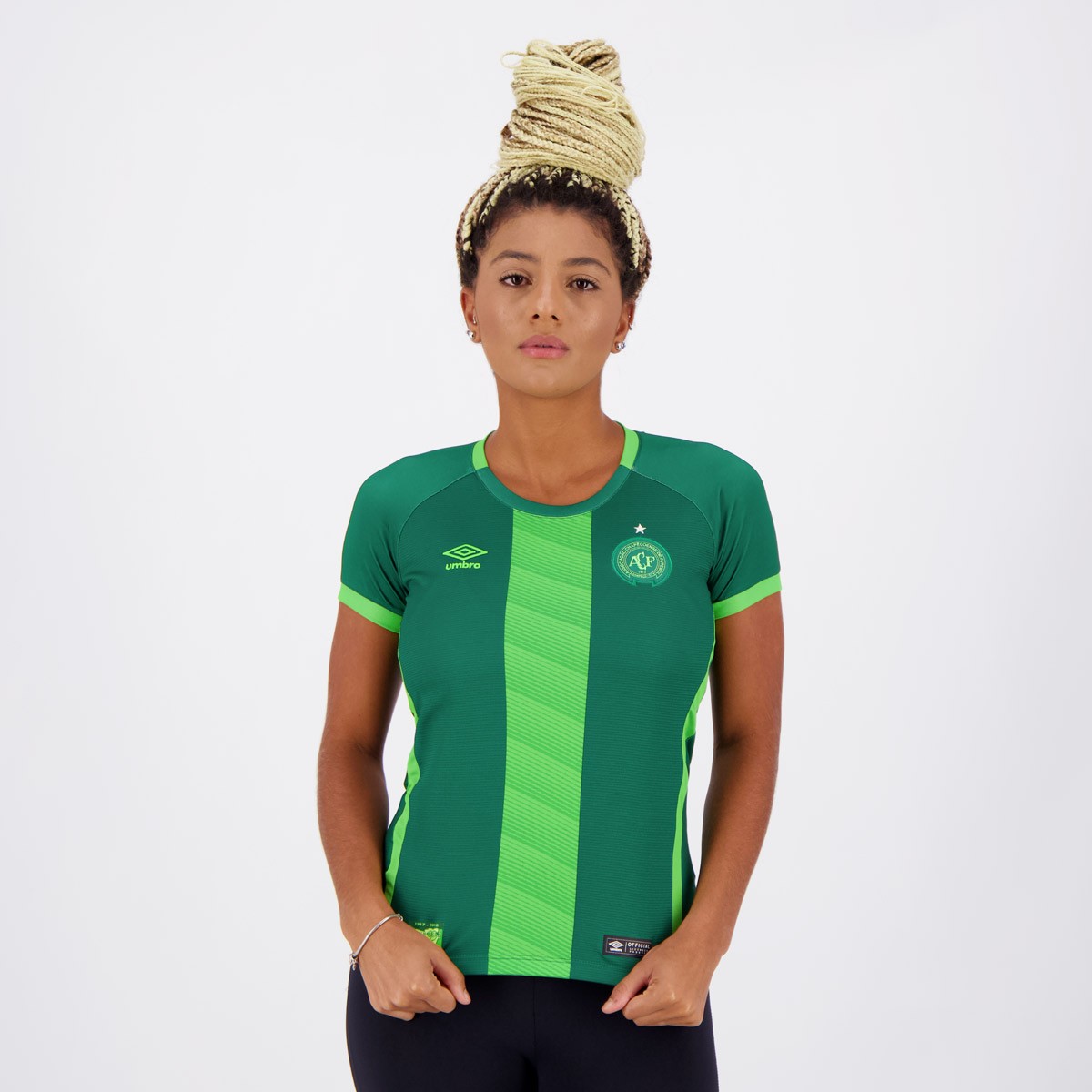 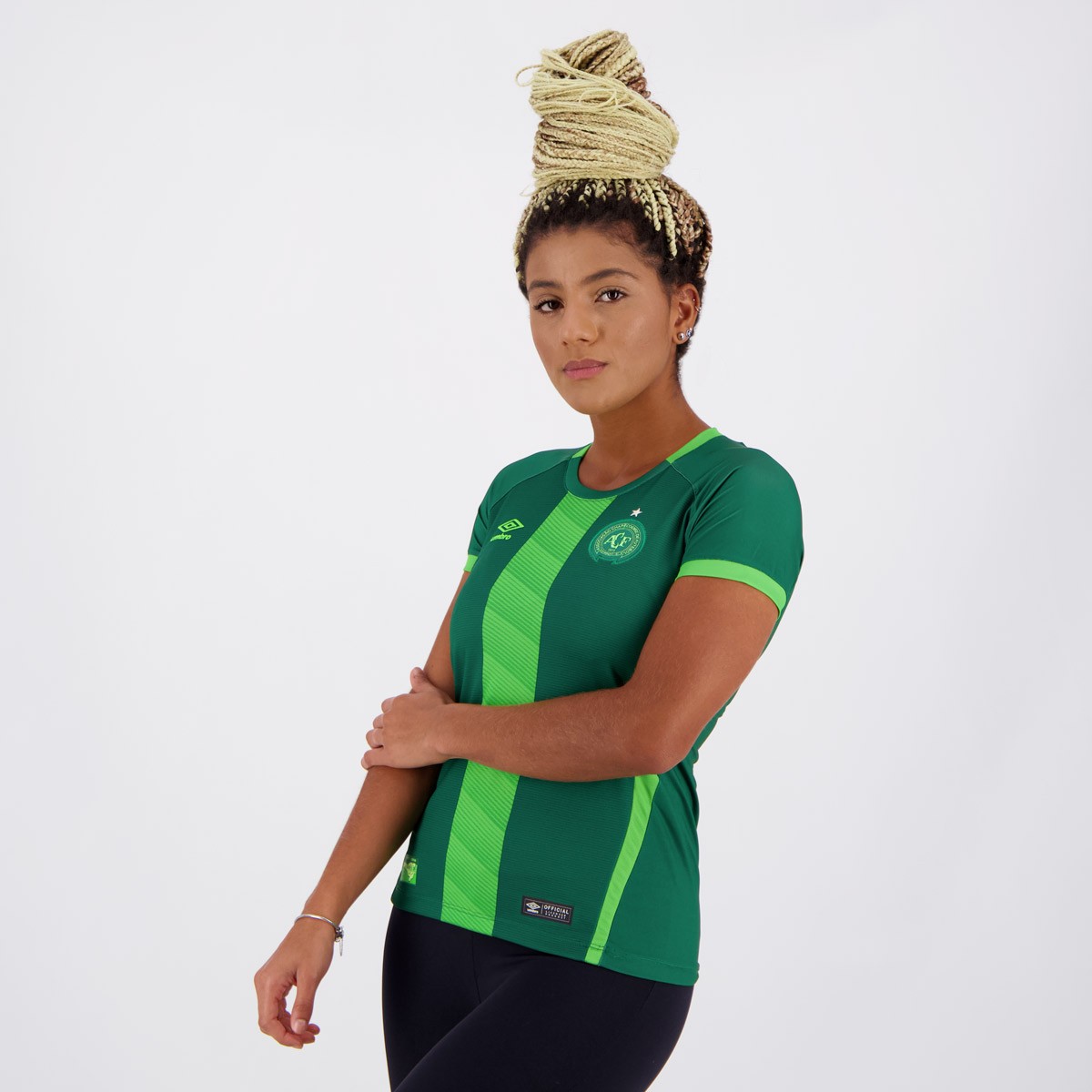 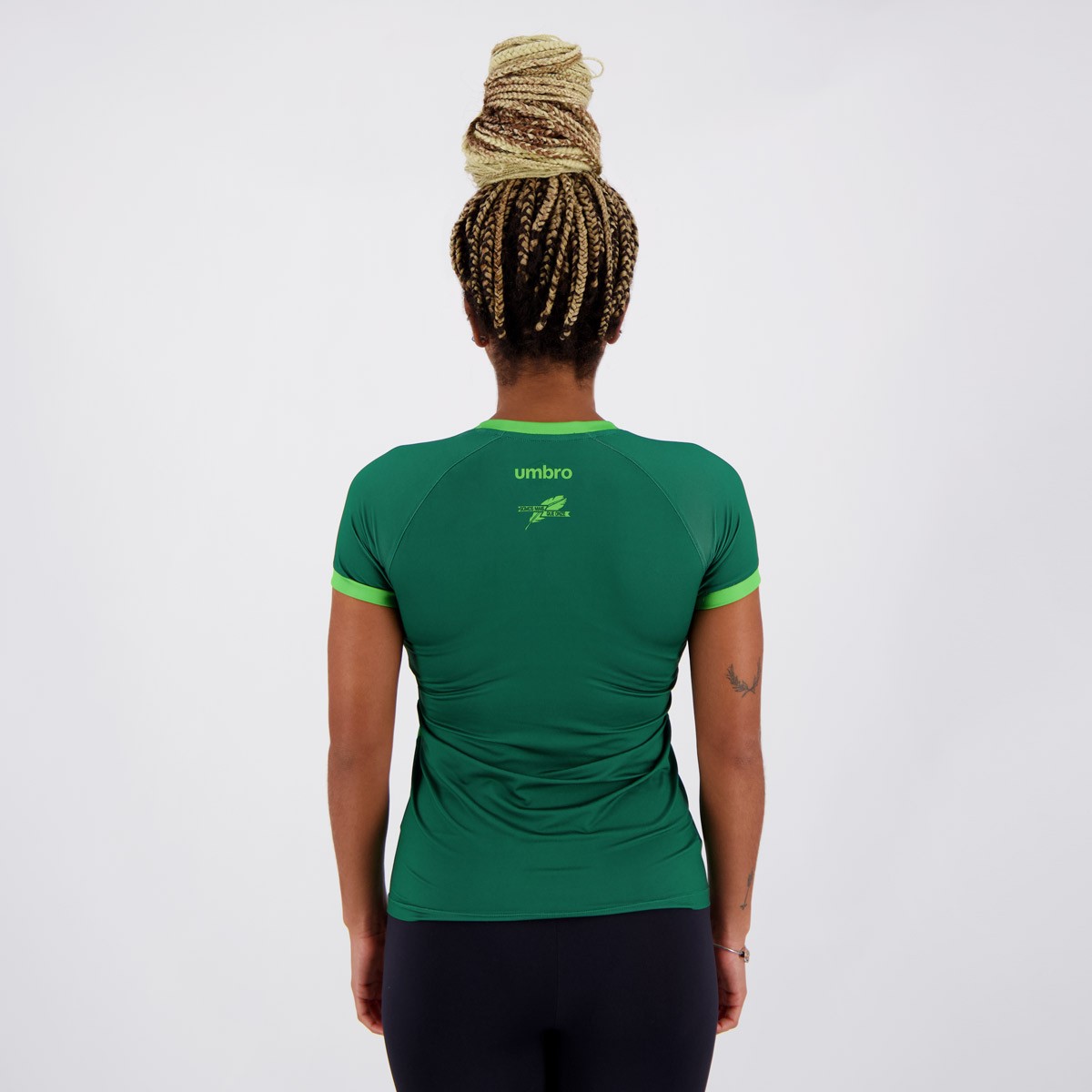 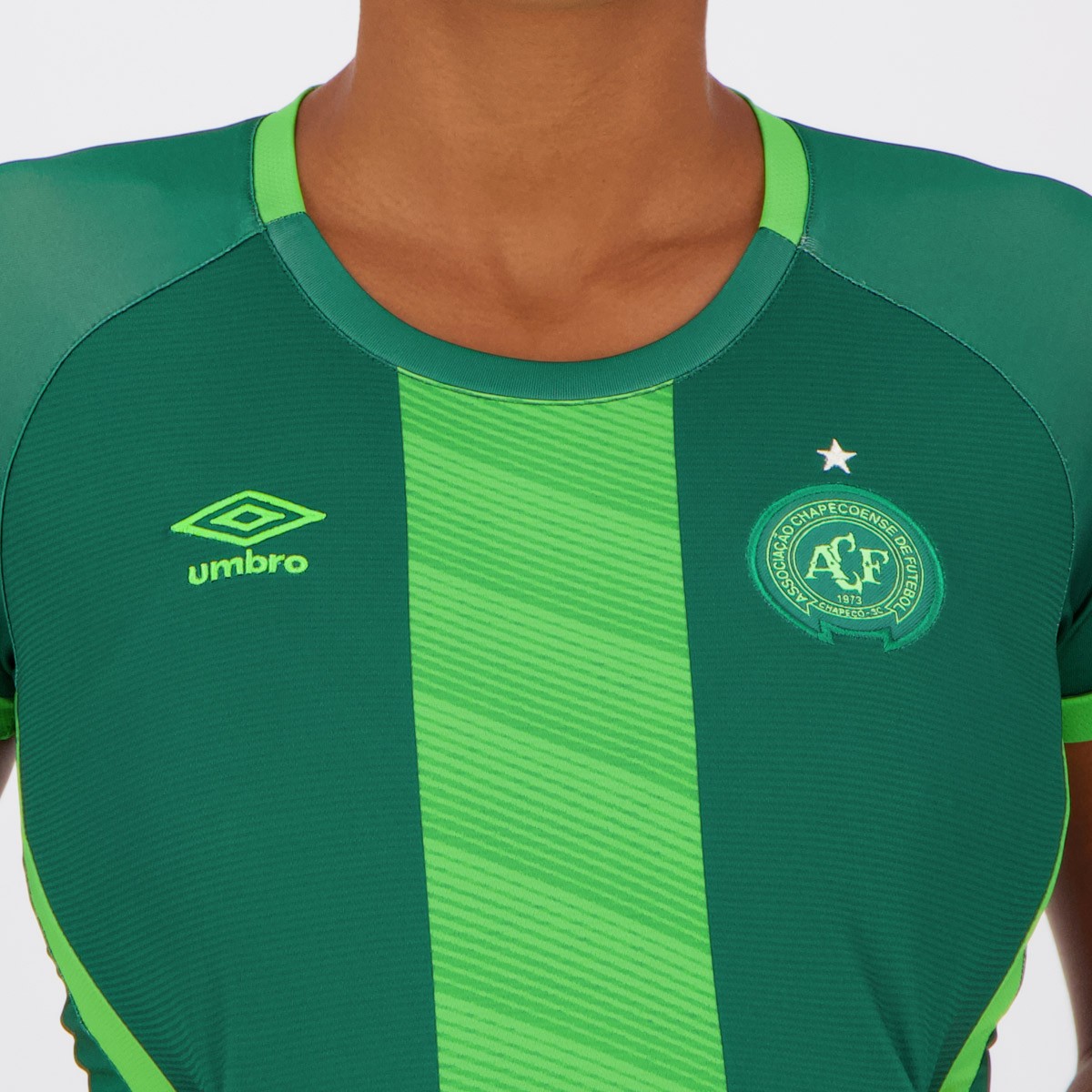 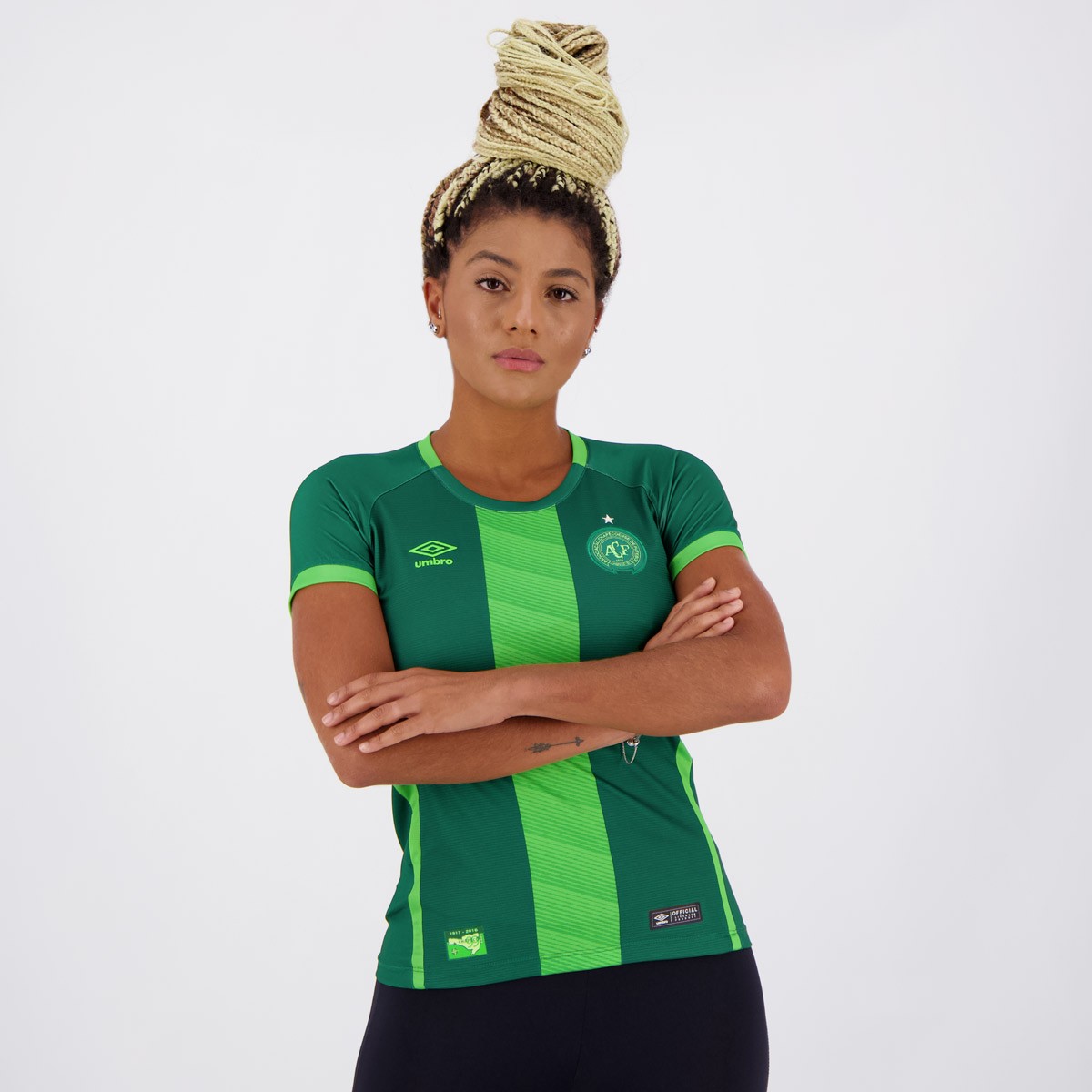 The Umbro Chapecoense Third 2016 Women Jersey celebrates the 99th anniversary of the city of Chapecó. It offers name and number customization using the club font and is made of lightweight, breathable polyester. The mantle is predominantly dark green.

The Umbro Chapecoense Third 2016 Women Jersey celebrates the 99th anniversary of the city of Chapecó. It offers name and number customization using the club font and is made of lightweight, breathable polyester. The mantle is predominantly dark green and brings as main highlight, a vertical stripe in light green. This tonality is still seen on the cuff of the sleeves and also on the sides. The collar is crew neck and features the front in dark green and the back in light green. At the bottom left, there is a stamp showing the silhouette of the city with a mention at the age of 99, showing the foundation date and the anniversary year. On the reverse side, the name of Umbro is seen and a feather, symbol of the Indian Condá, mascot of the club, with the words: “Somos mais que onze” (We are more than eleven). Finally, the team badge appears embroidered and on the opposite size, the logo of the supplier brand, complementing the piece.

Associação Chapecoense de Futebol, commonly known as Chapecoense and whose acronym is ACF, is a Brazilian football club, based in the city of Chapecó in the state of Santa Catarina. Besides football the club also has activities in futsal, which has been state champion twice. The club was founded in 1973 as the goal of restoring football in the city of Chapecó, and in just four years of existence won their first state title in 1977. In all, the club won four state championships, the last in 2011. They will compete in the Série A in 2015, its second year in a row in the Brazilian top flight. Its home matches are played at Arena Condá.