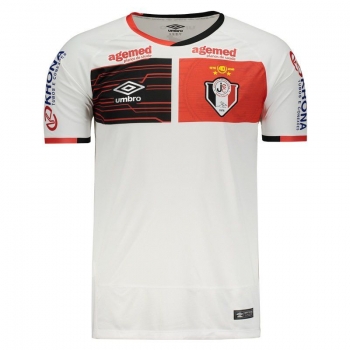 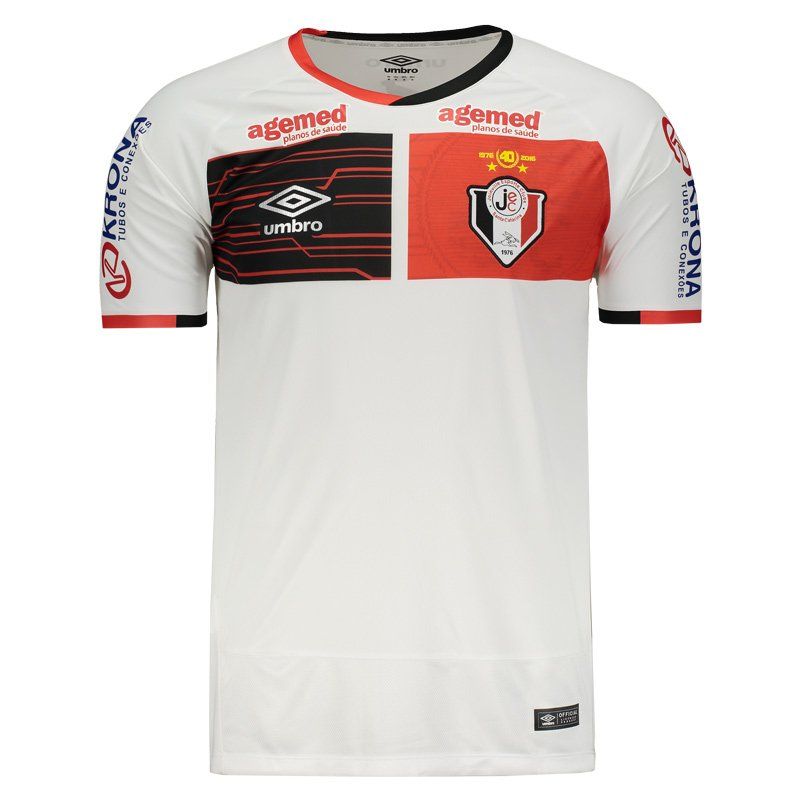 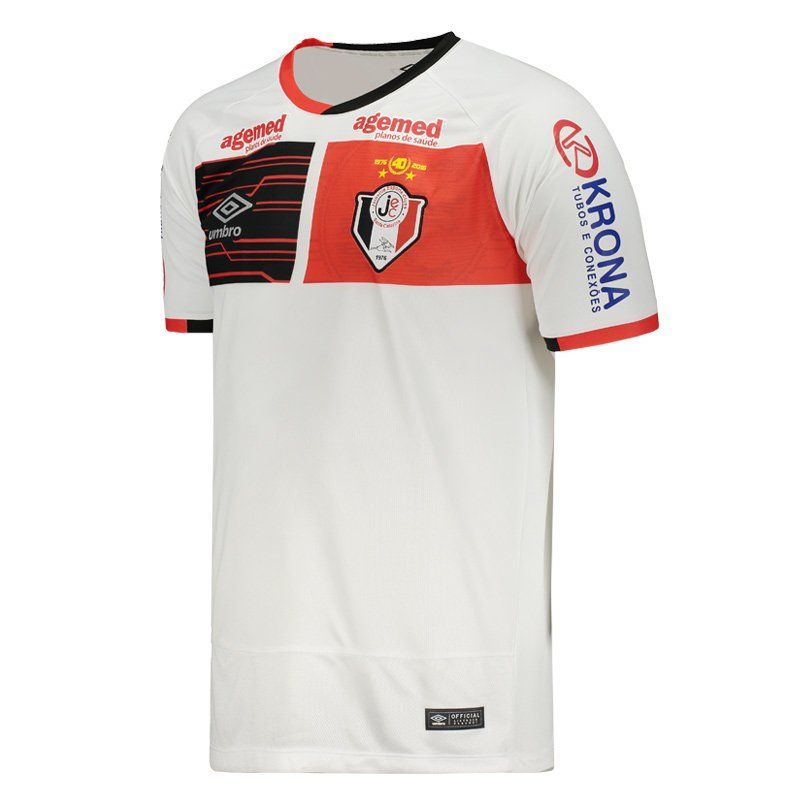 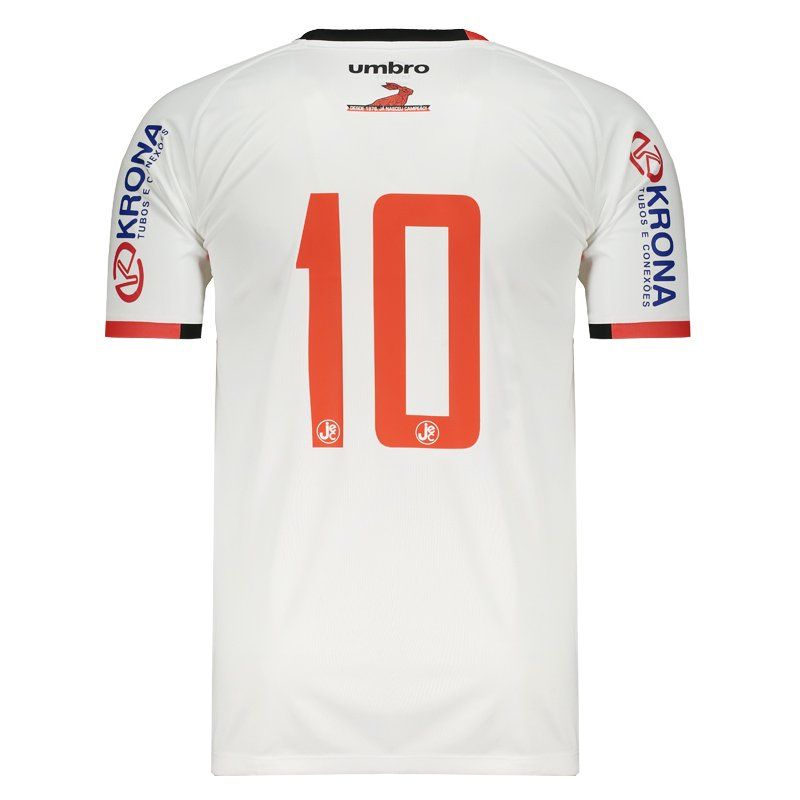 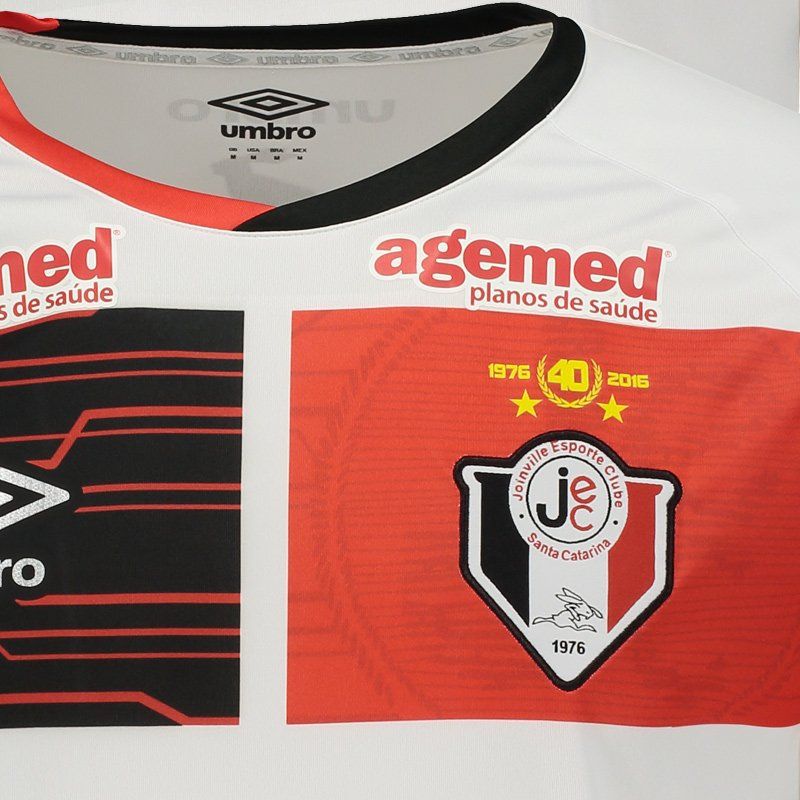 The Joinville reserve uniform is made of lightweight and soft polyester, which provides comfort and excellent performances. It offers option of name using the official team fonts, and its design has two stripes.

The Joinville reserve uniform is made of lightweight and soft polyester, which provides comfort and excellent performances. It offers option of name customization, using the official team fonts, and the number 10 stamped on the back, its design has two stripes - one black and one red - in the chest region, which are separated by a vertical white line. In the black belt, several thin lines of red color are highlighted and bring an aspect of electricity. The collar and sleeve cuffs are also divided into black and red. In addition, features the club badge embroidered on the left side of the chest and the logo of the brand on the opposite side. The club's 40th anniversary celebration in 2016 was the inspiration for the new uniforms. Laser holes in the back to enhance the skin's breathability. Finally, close to the nape of the neck, the mention of the team "Desde 1976. Já nasceu campeão!" (Since 1976. Already born champion!), complements the piece.

Joinville Esporte Clube, JEC or simply Joinville as they are usually called, is a Brazilian football team from Joinville in Santa Catarina. They have the largest number of supporters in the State, and were founded on January 29, 1976. They won the Série C once and they have the largest sequence of consecutive state titles, eight (1978, 1979, 1980, 1981, 1982, 1983, 1984, 1985). Joinville is the third most successful club in Santa Catarina in terms of state championship titles (12), behind Avaí (16) and Figueirense (16).