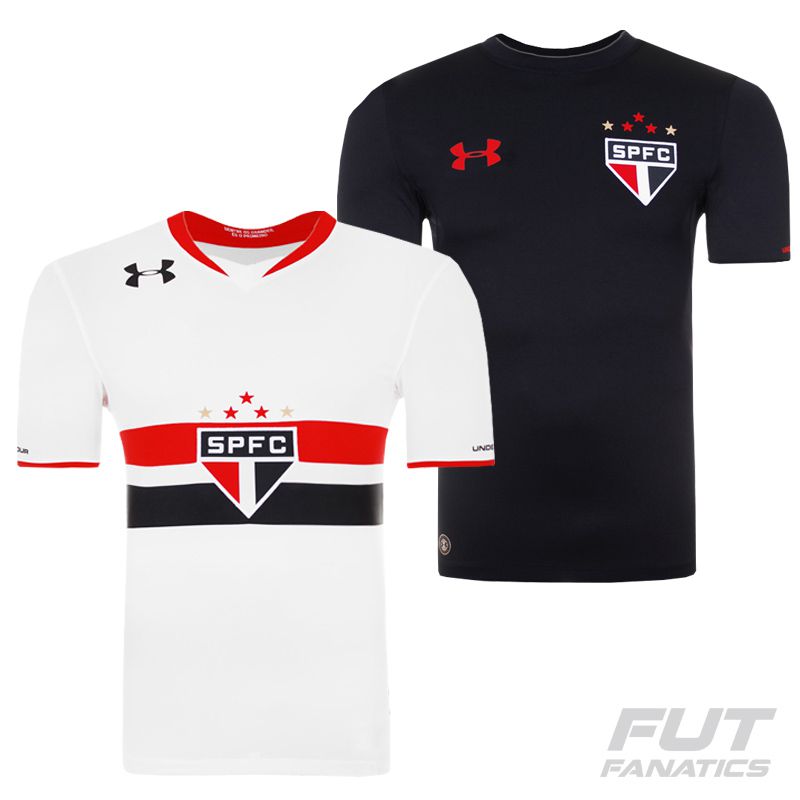 FutFanatics presents the kit for every single supporter of the Soberano (Sovereign). The kids kit has two jersey, the first is the amazing 2015 holder uniform and the second is the holder of the goalkeeper also of 2015, perfect for fans!

FutFanatics presents the kit for every single supporter of the Soberano (Sovereign). The kids kit has two jersey, the first is the amazing 2015 holder uniform and the second is the holder of the goalkeeper also of 2015, perfect for fans wear their love for São Paulo! Manufactured by Under Armour, the pieces have HeatGear® technology, a fabric with compression fit, odor control and transports the moisture away from the skin, leading it to the surface while accelerates the evaporation and keeps the body cool and dry. The holder jersey is composed predominantly by white with red accents on the handle of the sleeves and collar - crew neck - with superimposed white fabric. Also, it has two horizontal stripes - one red and one black - located at the rear and front region, which also is a highlight to the team badge. Moreover, the logo Under Armour is seen in black on the right shoulder. The goalkeeper uniform has black as the predominant color with red accents. The team  abdge appears embroidered on the ches with the brand logo embroidered on the opposite side. In both sleeves teh name Under Armour is present. Don't miss the chance and wear your kids with the best uniforms!