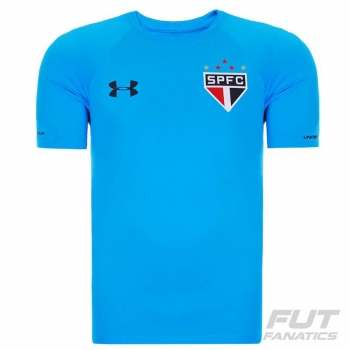 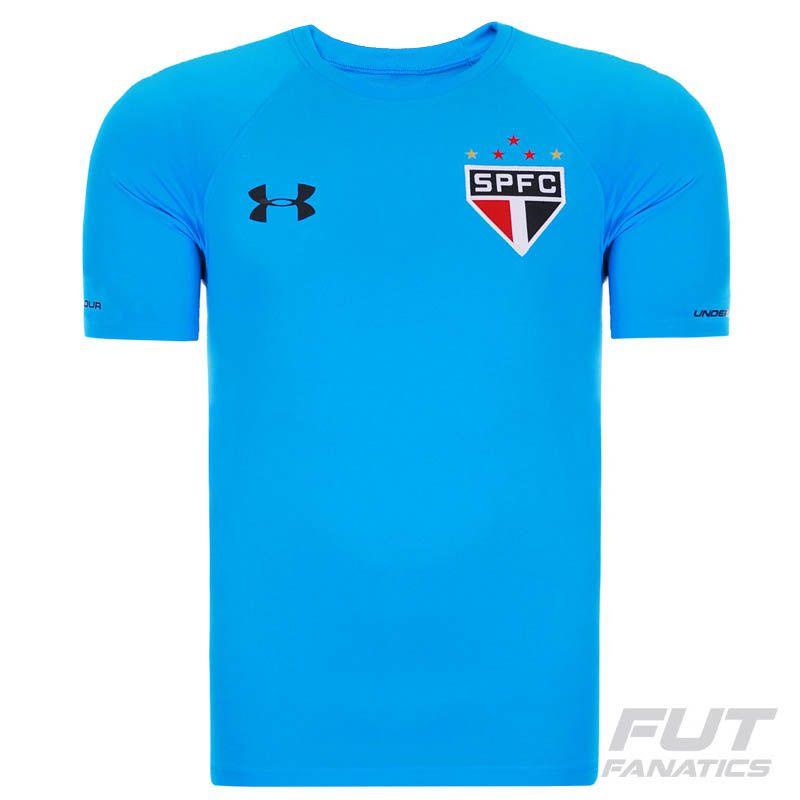 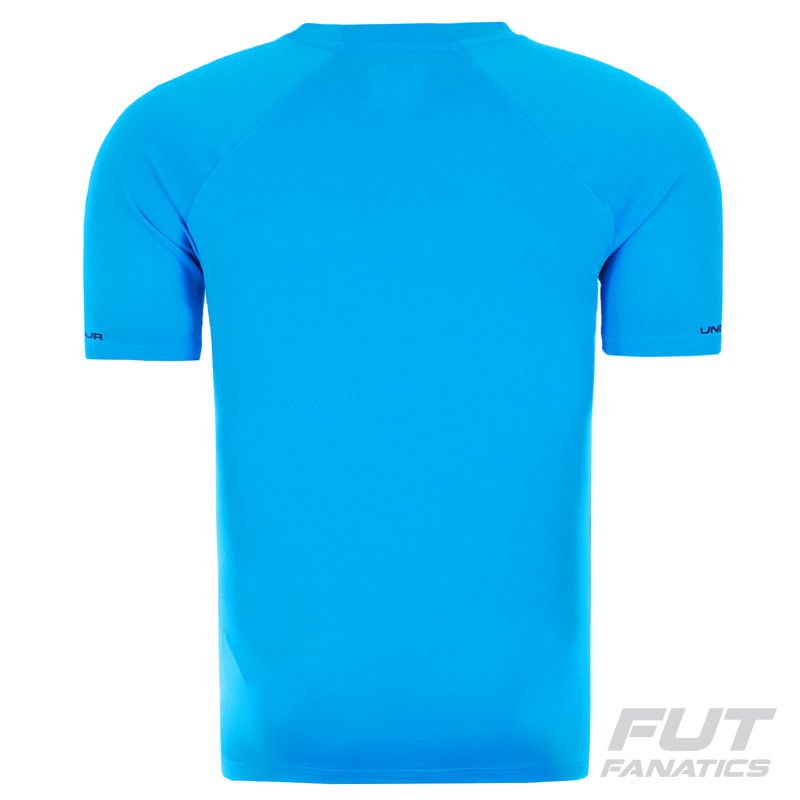 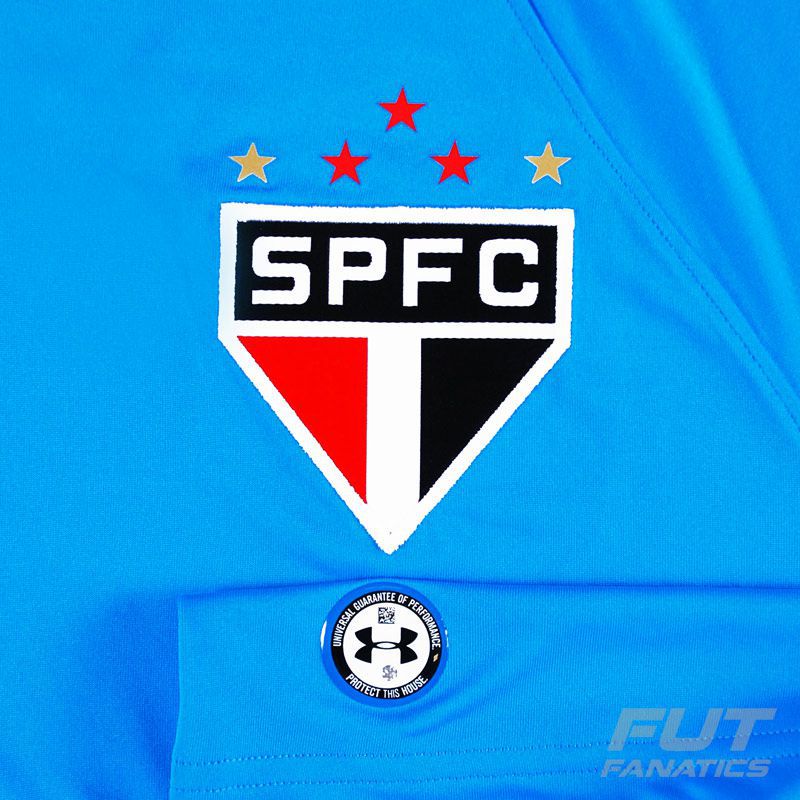 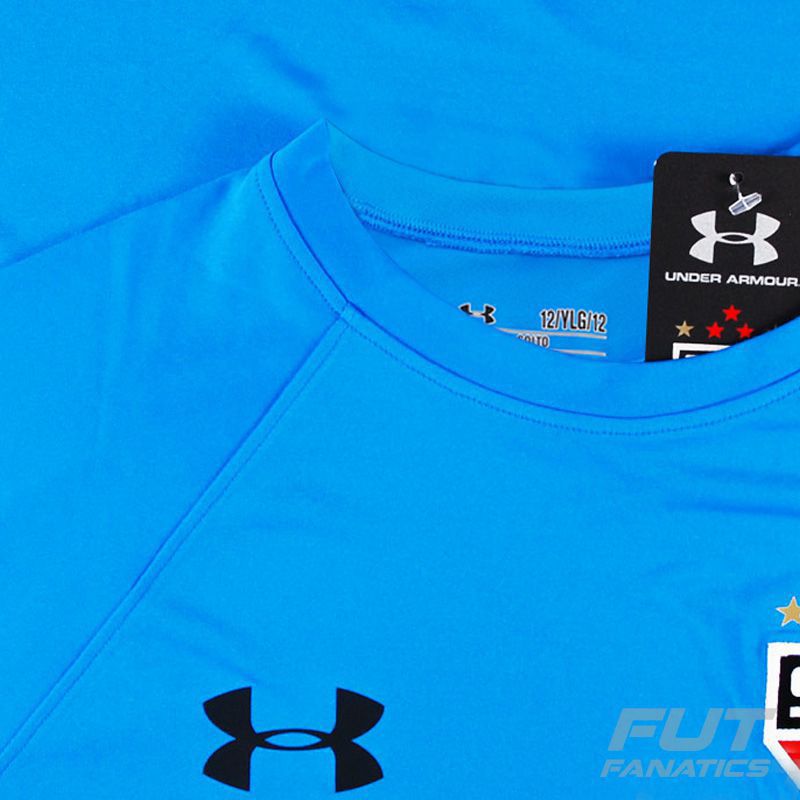 The Under Armour launched the goalkeeper reserve uniform for 2016. Made of polyester, the Under Armour São Paulo Away GK 2016 Kids Jersey  brings HeatGear® technology, a fabric with compression fit, odor control and transports the moisture away from the skin, leading it to the surface while accelerates the evaporation and keeps the body cool and dry. Its design presents sky blue as the predominant color and the team badge is embroidered on the left side of the chest, as well as the Under Armour logo fixed in black on the opposite side. Finally, the name of the brand brand also stands out on the sleeves, complementing the piece.

This jersey can be customized with name and number using the official fonts of the team and offers patching option.