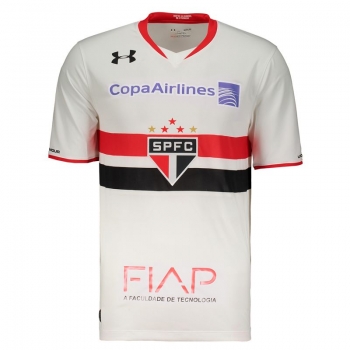 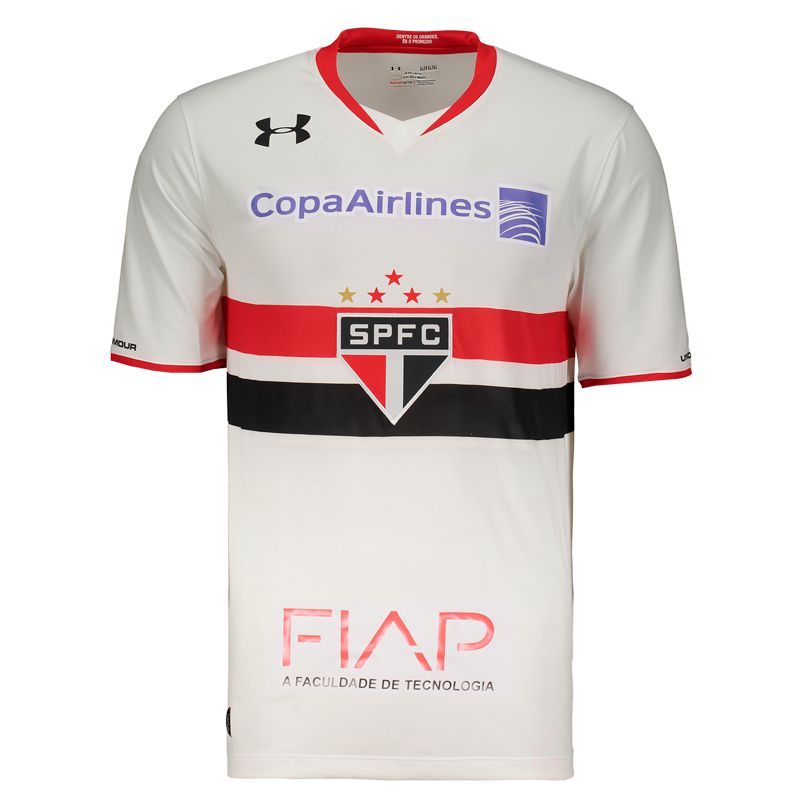 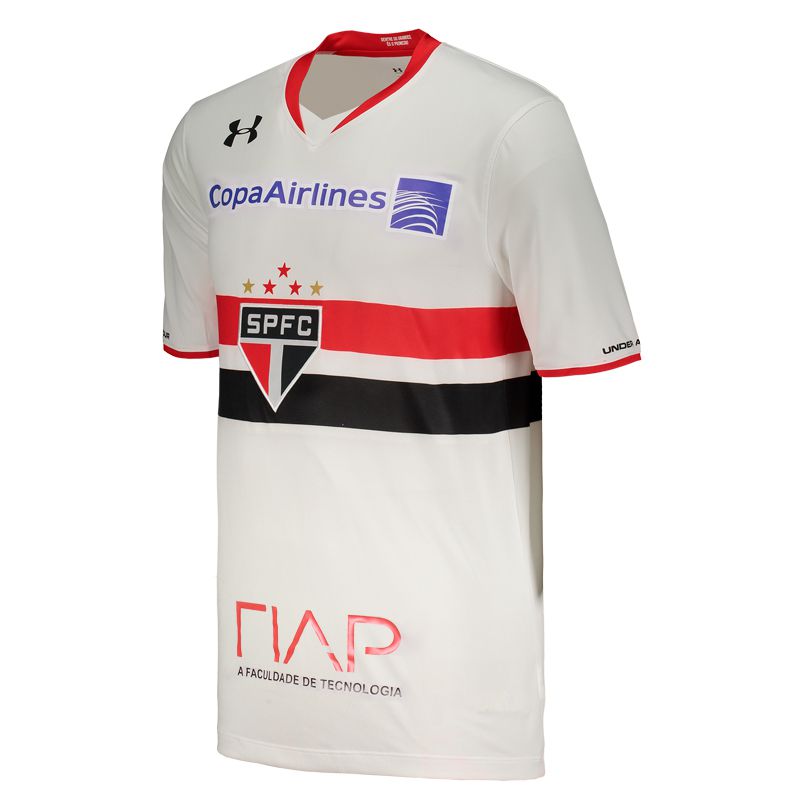 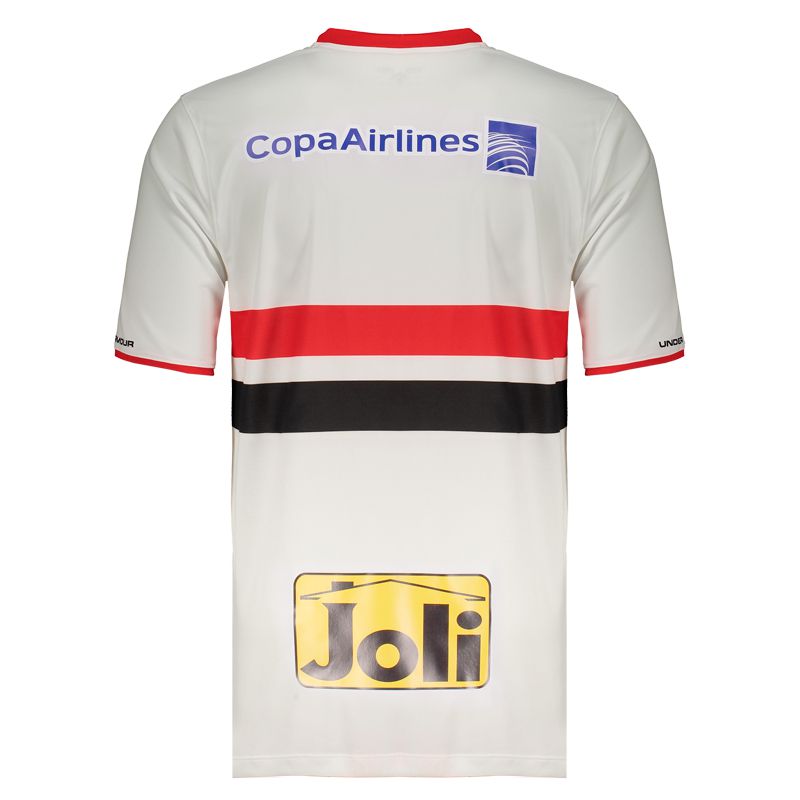 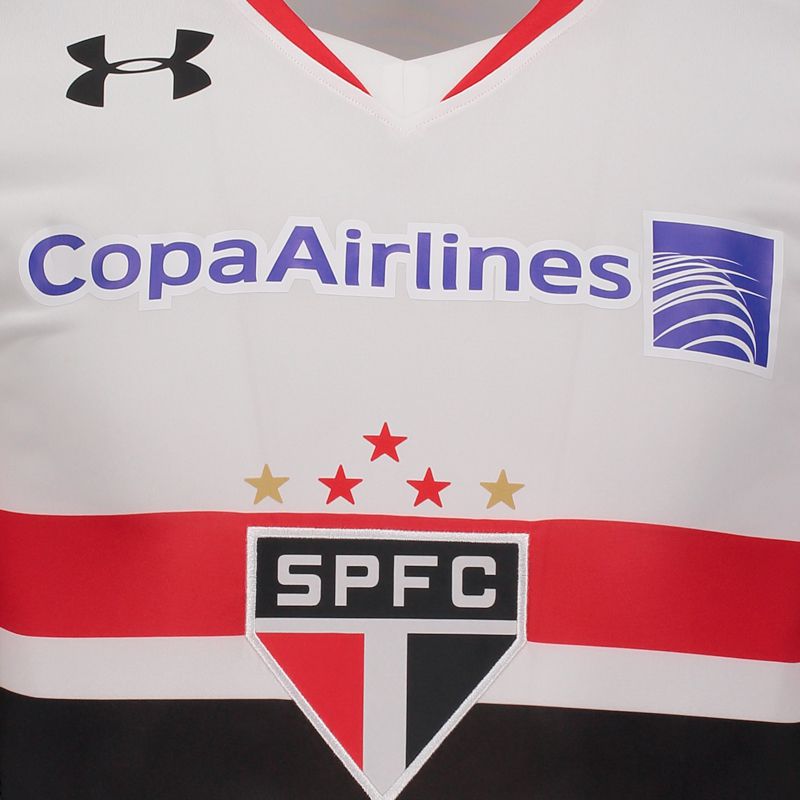 The Under Armour São Paulo Home 2015 Sponsor Jersey is made of lightweight and durable polyester, providing comfort and ease of movements. The design of the jersey is composed predominantly by white with red details on the collar and cuff of the sleeves. The back and the front part of the jersey has several sponsors as well. The collar is V-neck and has superimposed tissue in the frontal region, moreover, inside brings the phrase "Among the great is the first," part of the hymn that celebrates the achievements of the club. In the chest, has two horizontal bands - one red and one black - and also appears in the center the team's badge embroidered. The jersey is made with HeatGear technology, which wicks moisture away from your skin, taking it to the surface of the piece and accelerating evaporation. It keeps your body cool, dry and light to continue your activities with high performance.

This jersey can be customized with name, number and patchs using the official fonts of the team.