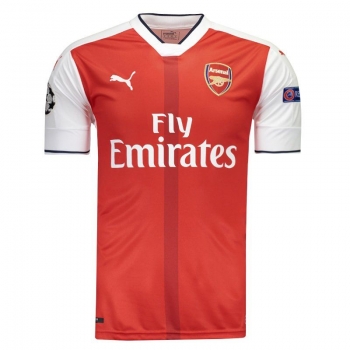 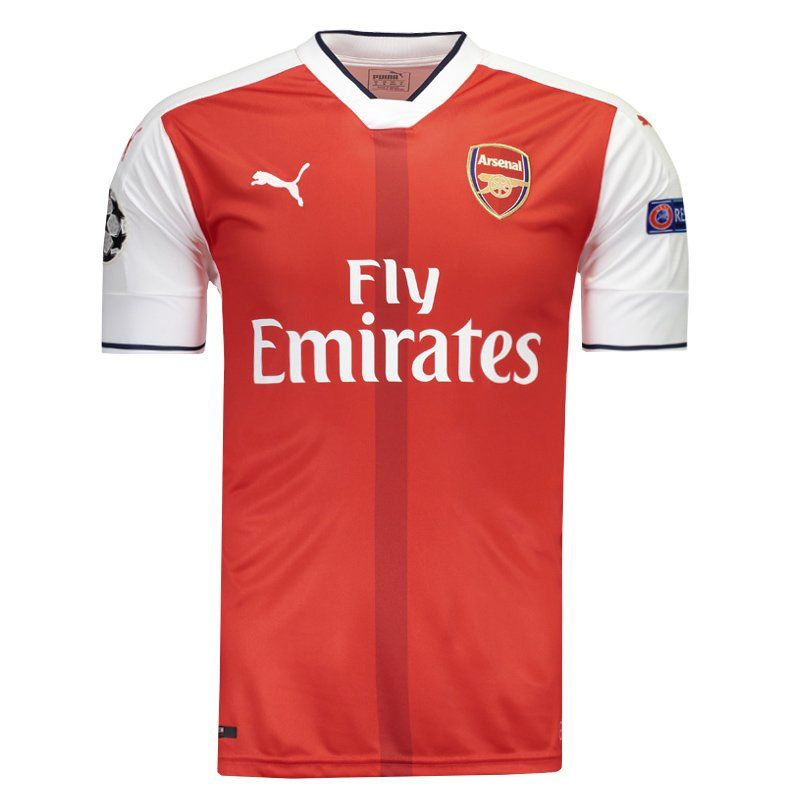 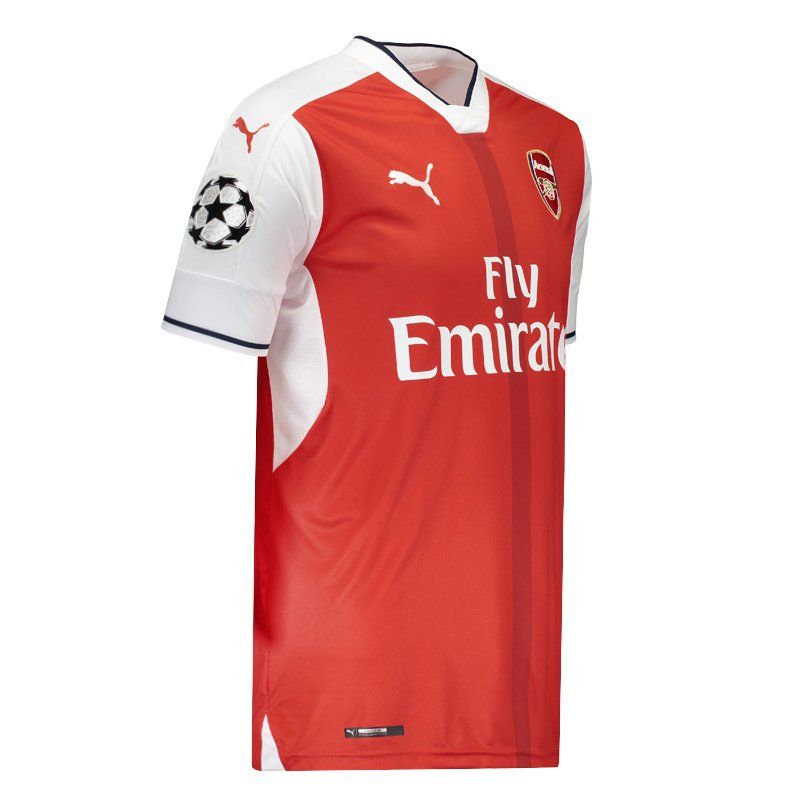 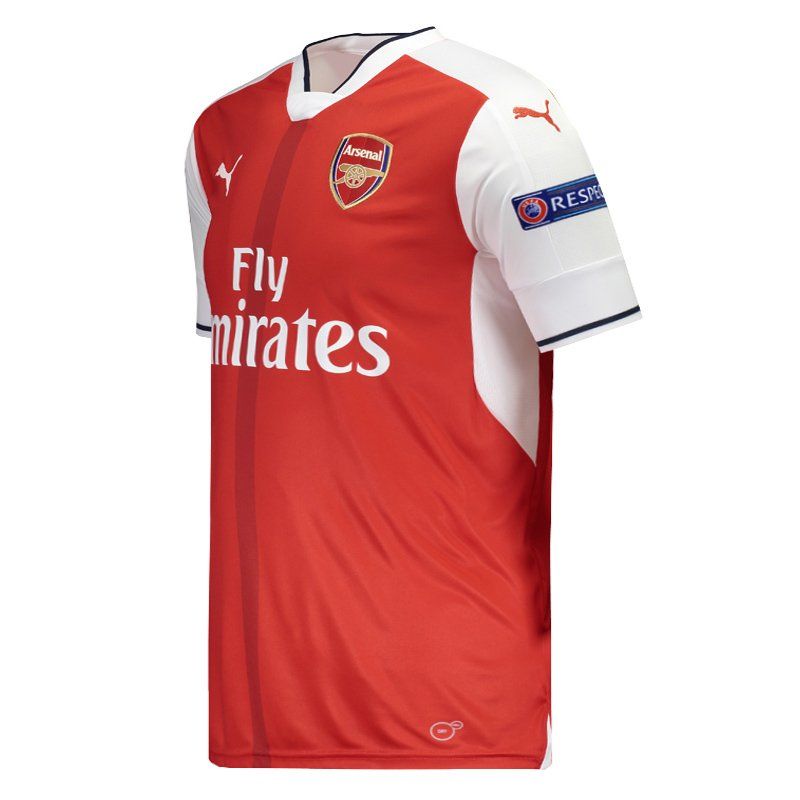 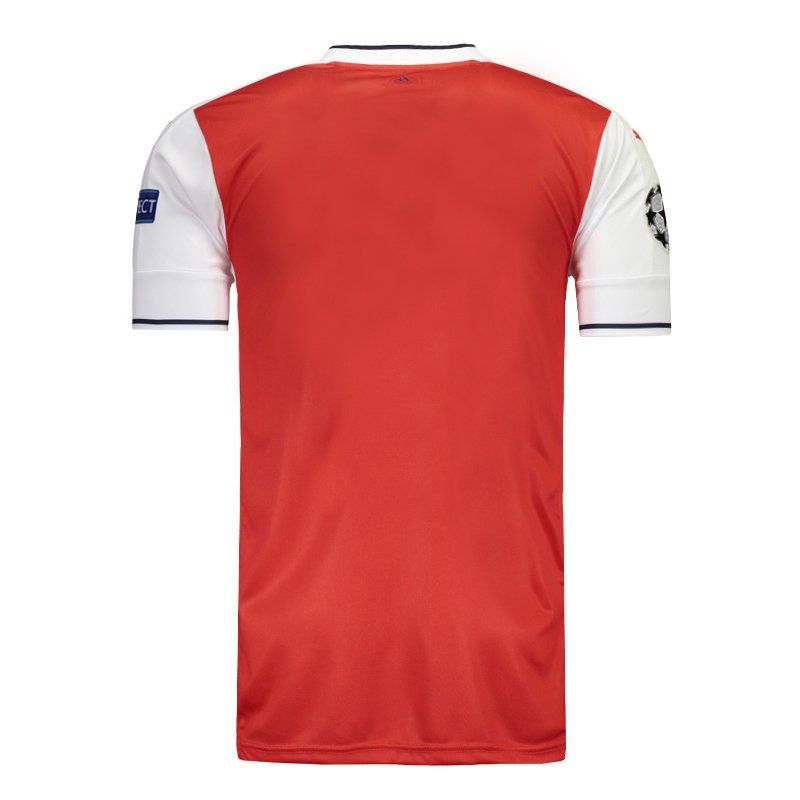 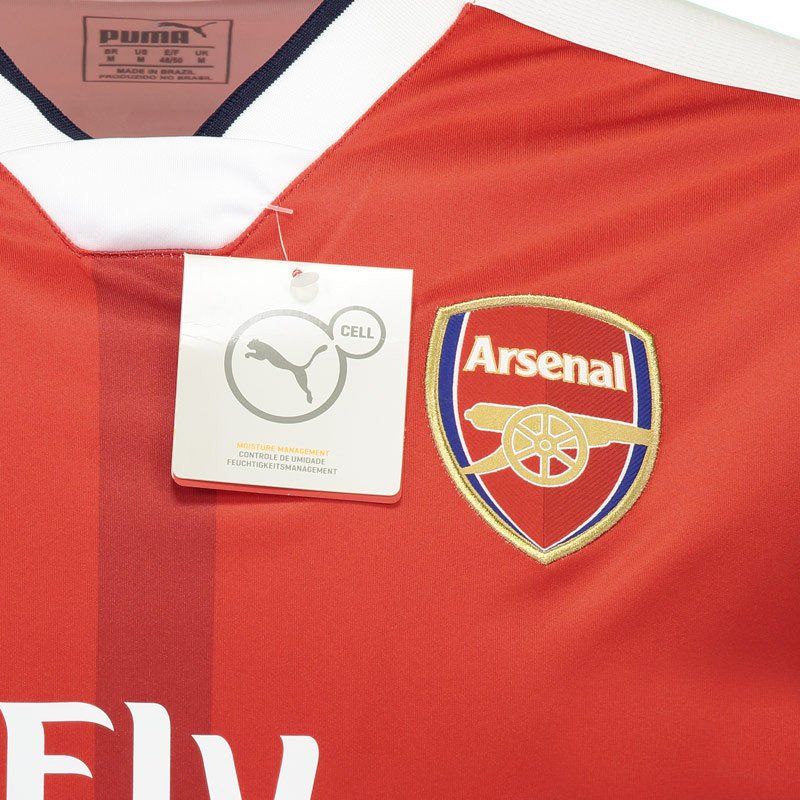 Made of lightweight polyester, the Puma Arsenal FC Home 2017 Champions League Jersey brings Dry Cell technology, which contains functional materials that keeps the sweat away from the skin and keeps you dry and comfortable during the matches or cheering. Its design presents the traditional red with white on the sides, sleeves, shoulders and collar. The V neck has superimposed tissues on the front, also bringing in a thin blue stripe. The same detail is seen on the cuffs of the sleeves, that has the Respect  and Champions League patch. On the front, a vertical strope in burgundy tone is present. In addition, the team badge and Puma logo are seen on the chest with the emblem of the sponsor, which is highlighted in the front of the piece. Finally, the jersey has a different cut being slightly bigger in the back region. Comfort and quality in a single product!

The UEFA Champions League (UCL), successor to the European Cup is a competition organized by UEFA since the 1955-56 season (from 1992-93 in its current form) for soccer clubs who obtain the best ratings in domestic tournaments. The award, the European Champion Clubs Cup (better known as the European Cup) is the most prestigious trophy in European soccer. In 2006, Arsenal was very close to the exclusive title of the UEFA Champions League. After the expulsion of its goalkeeper, Jens Lehmann, early in the game, the english team was completely unstructured and staff remained with ten players until the end of the match. Still, Arsenal FC went ahead, 1-0, goal scored by Sol Campbell after a foul suffered by Emmanuel Eboué and charged by Thierry Henry. The team missed several opportunities to score and ended up suffering the tie, and then, in a move of luck, suffered a goal by Barcelona, that was scored by the brazilian, Belletti.